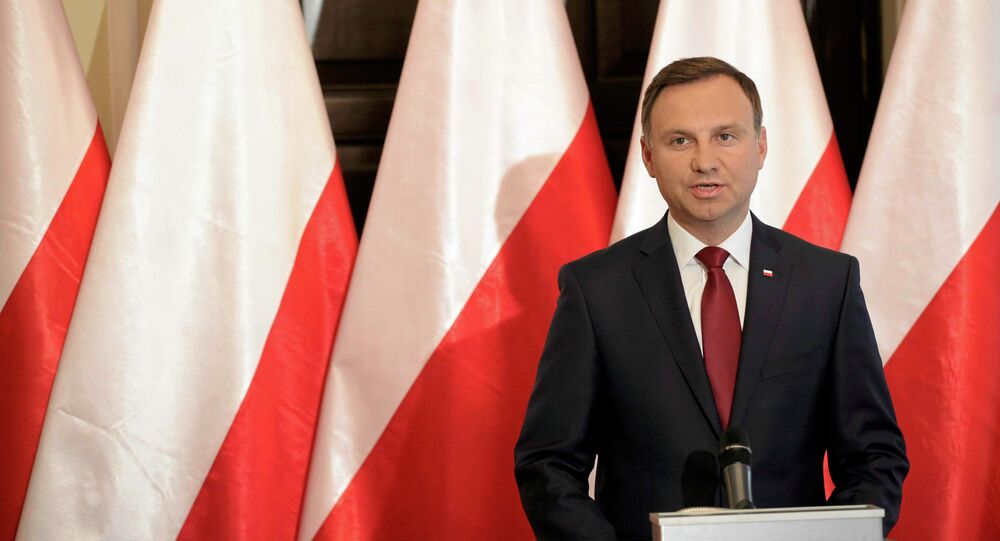 Polish Leader Expects Strengthening of Ties With US Under Trump

Polish President Andrzej Duda expressed hope that his country’s cooperation with the United States would strengthen now that Donald Trump has become the new US president.

MOSCOW (Sputnik) – Earlier on Friday, Trump was sworn in as the 45th president of the United States.

"All the best wishes, Mr. President @realDonaldTrump! Looking forward to strengthening our friendship and strategic alliance," Duda wrote on Twitter on Friday.

© AP Photo / Czarek Sokolowski
Poland as 'Bargaining Chip' in Row Between US, Russia?
In his inauguration speech on Friday, Trump reaffirmed his goal to protect US borders, pledged to rebuild the United States and to purchase American goods and employ American citizens.

On Monday, in an interview with The Times newspaper, Trump called NATO an "obsolete" organization, since it is not much engaged in countering terrorism, while its member countries' contributions are not efficient.

Duda said on Wednesday that Poland had welcomed US troops to date and intended to host US-Polish military drills in the near future.Never miss a story again — sign up to our Telegram channel and we'll keep you up to speed!