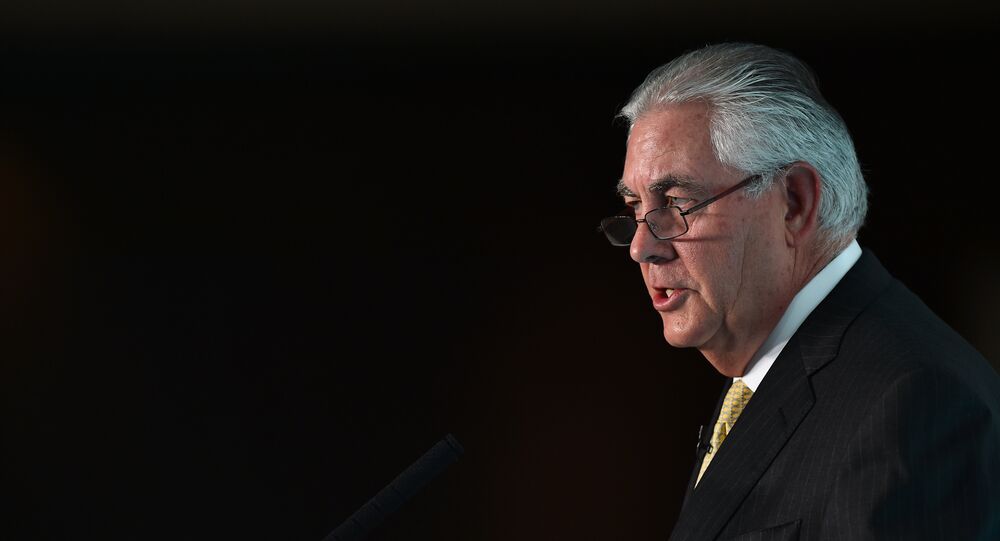 The expected appointment of ExxonMobil CEO Rex Tillerson as the new United States Secretary of State is not an accomplished fact yet, said Jean-Eric Branaa, a French political scientist and specialist in American politics.

© AP Photo / Pablo Martinez Monsivais
Obama Defers to Trump's 'Prerogative' in Nominating Tillerson, US Cabinet
Tillerson was nominated for the office by US President-elect Donald Trump in mid-December. Tillerson is known for his close business ties with Russia. The businessman is also believed to have friendly relations with President Putin. He is yet to be approved by the Senate during confirmation hearings later in January.

Experts suggest that his nomination indicates Trump’s willingness to break the ice in Washington-Moscow ties.

According to Trump, as US State Secretary, Rex Tillerson will work to reverse years of foreign policy fiascos.

However, Branaa stressed that it is possible that Senate may not approve the appointment.

© Sputnik / Alexei Druzhinin
Top-5 Facts You Need to Know About US State Sec-to-be Tillerson and Russia
"Rex will be a fierce advocate for America's interests around the world… to reverse years of foreign policy blunders and disasters," the President-elect commented on his pick.

"Now, the appointment will need to be considered by US Senate and its [Foreign Affairs] Committee. The committee consists of 19 members, including 10 Republicans and nine Democrats. Those Democrat members are very likely to vote against Tillerson. In this situation, even one vote against from the Republicans will annul the candidacy and Trump will have to choose another candidate," Branaa told the RTBF broadcaster.

According to the expert, Trump’s political statements are not endorsed by all Republicans in power.

In particular, hawkish Senator John McCain believes that "Trump betrayed the obligations of the Republicans and there is no place for Trump in US politics," Branaa noted.