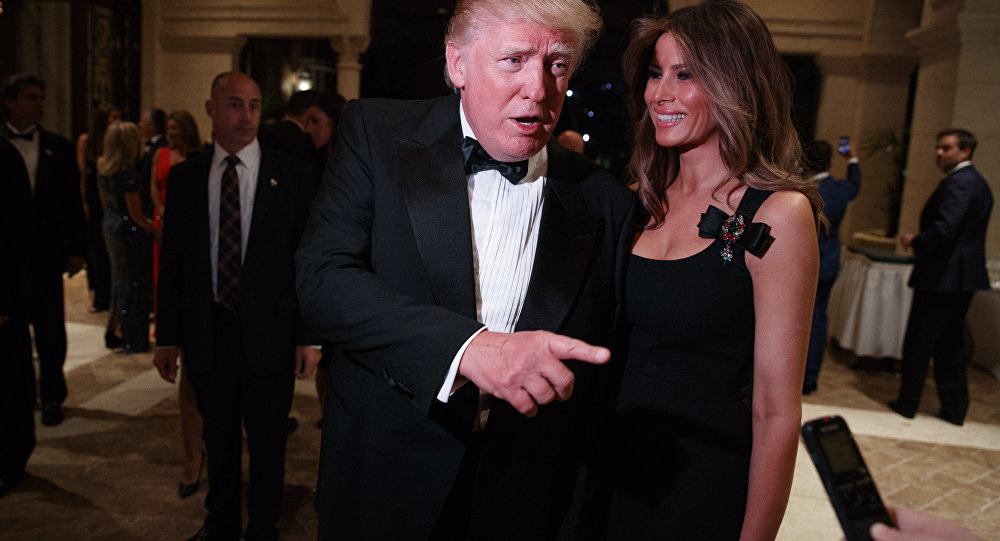 US President-elect Donald Trump used his New Year's Eve remarks to reporters to warn that no computer is safe from hacking and to say he has information to reveal about Russia's alleged hacking into the US election in the coming days.

"You know, if you have something really important, write it out and have it delivered by courier, the old-fashioned way. Because I'll tell you what: No computer is safe," Trump told reporters at his New Year's Eve party, AP reports.

Despite his frequent tweeting, Trump rarely uses a computer, according to the agency.

The president-elect has remained uncharacteristically restrained during the past week, as US intelligence agencies handed over what they call proof of Russian hacking into Democratic party computers to the government and President Barack Obama expelled 35 Russian diplomats and shut down two Russian compounds.

Trump has consistently second-guessed intelligence assessments, pointing to either flawed or disingenuous CIA reports about Iraqi weapons of mass destruction, and said he wants to be clear about the "pretty serious" charges.

He said he intends to sit down with the heads of the nation's intelligence committees next week to learn more, a statement confirmed by incoming White House Press Secretary Sean Spicer on ABC January 1.

In the meantime, Trump said New Year's Eve, "I know a lot about hacking. And hacking is a very hard thing to prove, so it could be somebody else," according to The Hill.

"And I also know things that other people don't know, and so they cannot be sure of the situation," he continued.

The president-elect would not say what it was he knew, but said it would be revealed "Tuesday or Wednesday."