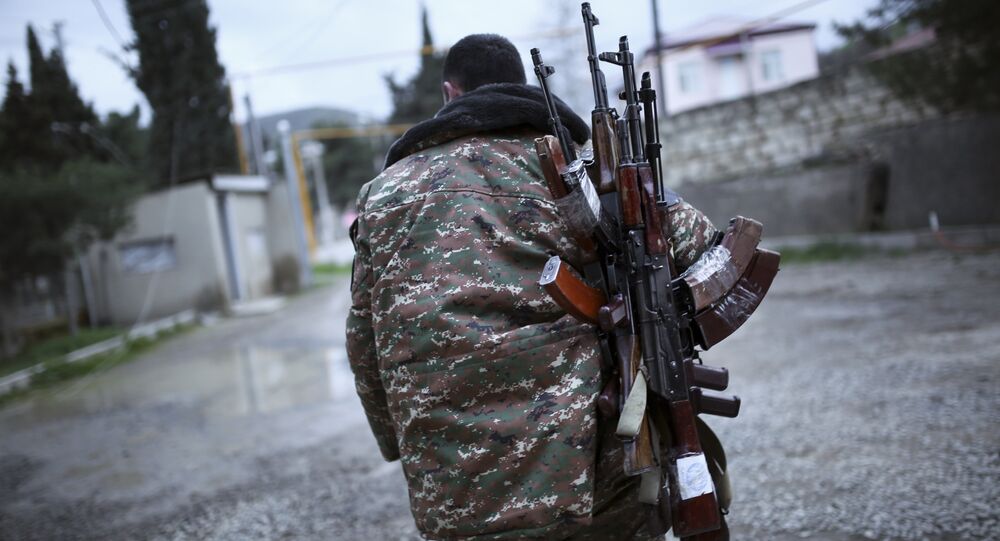 The process of political settlement of the long-time conflict in the Caucasian region of Nagorno-Karabakh should be resumed, German Foreign Minister Frank-Walter Steinmeier said Thursday.

BAKU (Sputnik) — He said that the OSCE was concerned about the recent escalation in Nagorno-Karabakh, adding that the negotiations should be carried out to solve the crisis.

"There is a format for mediation in the negotiations in the [Nagorno-Karabakh] conflict — [the Organization for Security and Co-operation in Europe] Minsk Group and today it is necessary that the process would get a second wind," Steinmeier, who currently chairs the OSCE, said at the 23rd OSCE Ministerial Council in Hamburg.

Azerbaijan's Armenian-dominated breakaway region of Nagorno-Karabakh proclaimed its independence in 1991. After the military conflict ended in 1994, Azerbaijan lost control over the territory. On April 2, 2016, violence erupted in Nagorno-Karabakh and led to multiple casualties. The parties to the conflict signed a Russian-brokered ceasefire on April 5, but mutual accusations have not stopped so far.

The Minsk Group, co-chaired by Moscow, Paris and Washington, has been attempting to resolve the conflict since 1992. Azerbaijan insists on preserving its territorial integrity, Armenia protects the interests of the breakaway republic, as Karabakh is not a party to the negotiations.

© AFP 2020 / KAREN MINASYAN
A soldier of the defense army of Nagorny Karabakh walks past tanks at a field position outside the village of Mataghis, some 70km north of Karabakh's capital Stepanakert, on April 6, 2016
...
Reddit
Google+
Blogger
Pinterest
StumbleUpon
Telegram
WhatsApp
57