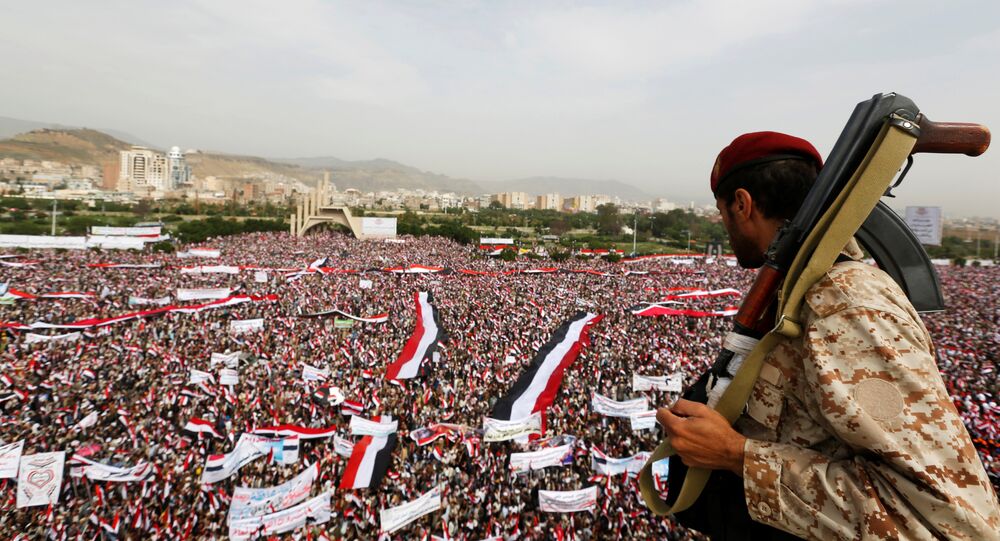 Ankara will not recognize the new "illegitimate" government formed by Yemeni Houthi rebels, the Turkish Foreign Ministry said in a statement Thursday.

MOSCOW (Sputnik) — On Monday, Saleh Sammad, the president of so-called Supreme Political Council formed by the Houthi rebels, issued a decree to form the''national salvation" government and appointed its cabinet. New Yemeni Minister of Justice Ahmed Akabat told Sputnik that the new government would work hard on rebuilding the war-torn country and creating a society, based on the country's law and constitution.

"It is clear that this illegitimate structure will not contribute to the efforts to find a lasting political solution to the problem in Yemen through the United Nations," the statement said, as quoted by the state-run Anadolu news agency.

The situation in Yemen remains extremely unstable since the start of a military conflict in 2014 between the government headed by Yemeni President Abd Rabbuh Mansur Hadi and Houthi rebels, which are the country’s main opposition force, backed by army units loyal to former president Ali Abdullah Saleh. The last round of peace talks took place in August 2016 in Kuwait ended without a peace agreement.