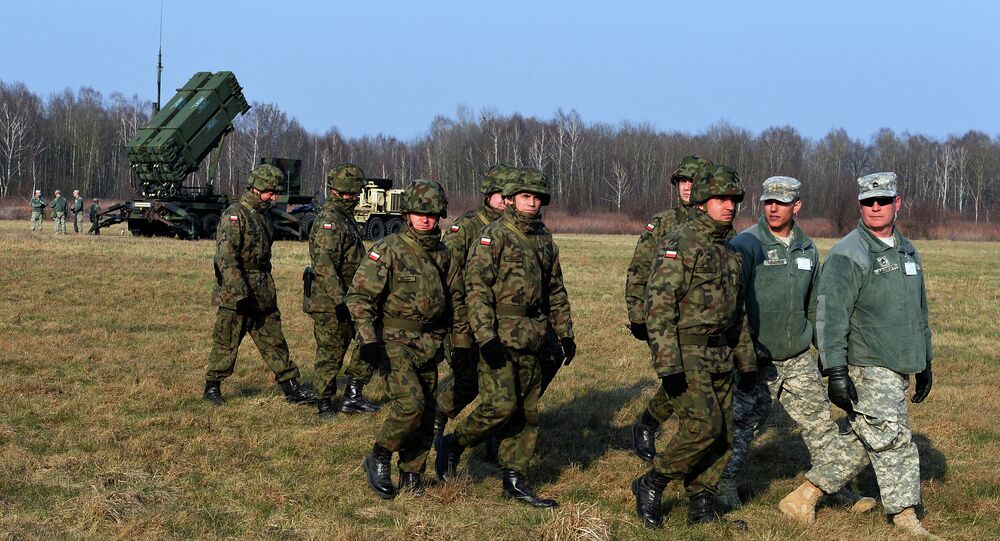 The US State Department approved the delivery of upgrades to F-16 combat aircraft and stand-off missiles to Poland. In an interview with Sputnik Polska, head of the Center for Security Issues at the Russian Academy of Sciences, Dmitry Danilov, explained how this decision may affect NATO-Russia relations and the European security in general.

© Sputnik / Anton Denisov
Trump Regards Poland as Regional Leader - Ambassador to US
The US State Department approved the delivery of upgrades to F-16 combat aircraft and stand-off missiles to Poland. In an interview with Sputnik, head of the Center for Security Issues at the Institute of Europe at the Russian Academy of Sciences, Dmitry Danilov, explained how this decision may affect NATO-Russia relations and the European security in general.

According to Danilov, myths about alleged Russian aggression are taking on new "fantastic" dimensions. The context of a "Russian threat" is very convenient for certain countries to sign new agreements over weapons supplies, the expert argued.

"Especially, Poland is now hurrying to consolidate its partnership with the United States. Warsaw confirms its commitment to Washington again and again and seeks to present itself as the most reliable partner of the US in Europe and NATO," the expert told Sputnik Polska.

© AFP 2021 / WOJTEK RADWANSKI
US Military Support Facility With Upgraded Missile Defenses Opens in Poland - Navy
During the NATO summit in Warsaw, Russia was announced the main security threat for the countries of the alliance. In particular, the Baltic States and Poland expressed their concerns over "Russia's behavior."
Following the meeting, several NATO members decided to deploy soldiers in Baltic States and Poland as part of NATO's mission aimed at "containing" possible Russian aggression.

Moscow has repeatedly expressed concerns about the deployment of NATO contingents near Russia's borders, considering it a direct threat to its national security.

"Of course, we disagree with this. We are not being listened to, but at the same time Russia is expected to give up its proportionate response to the strengthening of NATO's eastern flank. But, in my opinion, one does not fit in with the other. It seems that Russia will be blamed even if there is rain or hail storm outside. This is, of course, a joke, but it's not fun," the expert stated.

Danilov recalled that Russian authorities have repeatedly expressed their readiness to maintain dialogue with the alliance, "but only on an equal basis." He also stressed that the geopolitical situation is changing and a lot will depend on the policy of the newly elected US President Donald Trump.

"What will his closest advisers, in particular, say on the issues like Ukraine, or contacts with Russia? If there is a certain departure from Obama's course, […] the Polish government may face a big disappointment," the expert concluded.