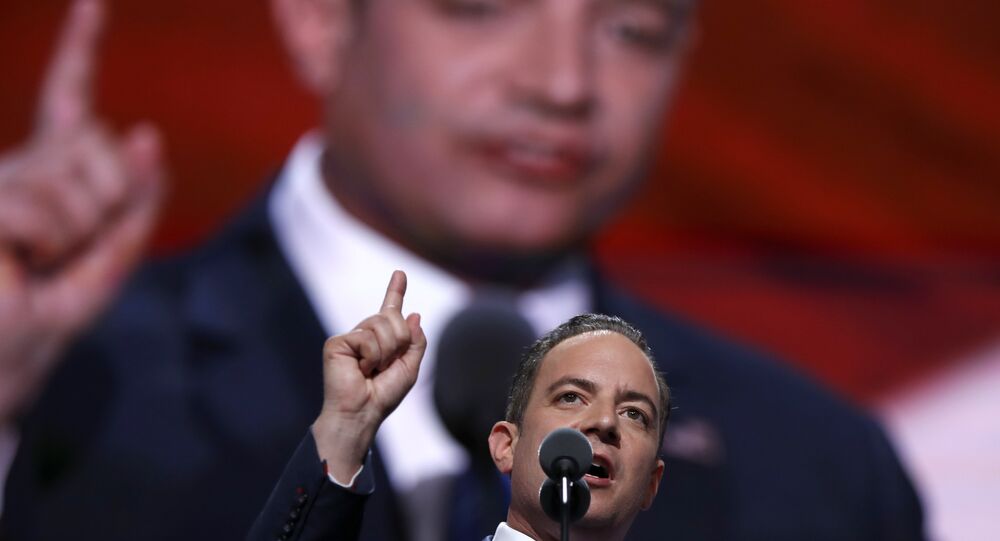 Incoming White House Chief of Staff Reince Priebus told Sunday morning news programs that "we're not going to have a registry based on a religion."

President-elect Donald Trump during his victorious campaign variously promised to ban all Muslims from entering the US or to register all Muslims in the country. Priebus was grilled on the issues November 20, particularly following the selection of retired Army Lieutenant  General Michael Flynn, who has said that “fear of Muslims is rational” and that Islam is a “political ideology” that “hides” behind being a religion, as Trump's national security adviser.

Speaking with Meet the Press, Priebus said he would not "rule out anything" regarding how Muslim immigration would be handled, but then said, "We're not going to have a registry based on a religion. But what I think what we're trying to do is say that there are some people, certainly not all people … that are radicalized and there are some people that have to be prevented from coming into this country."

Trump’s position is consistent with bills in the House and the Senate calling for increased vetting for individuals coming from places known to harbor terrorism, Priebus said.

"He believes that no faith in and of itself should be judged, as a whole, but there are some people … that need to be prevented from coming into this country."

On CNN the same day, Priebus said of Islam that "President-elect Trump's opinion is that there are some people within that particular religion that we do fear."

"We don’t believe in religious tests and… we are not blanketly judging an entire religion, but, in fact, we will try to pinpoint the problems and temporarily suspend those areas from coming into the United States until a better vetting system is in place."

Priebus repeated the assertion that Trump wants to be president of "all America" and that acts like considering former GOP Presidential candidate and former staunch critic Mitt Romney for secretary of state are "bridge building."