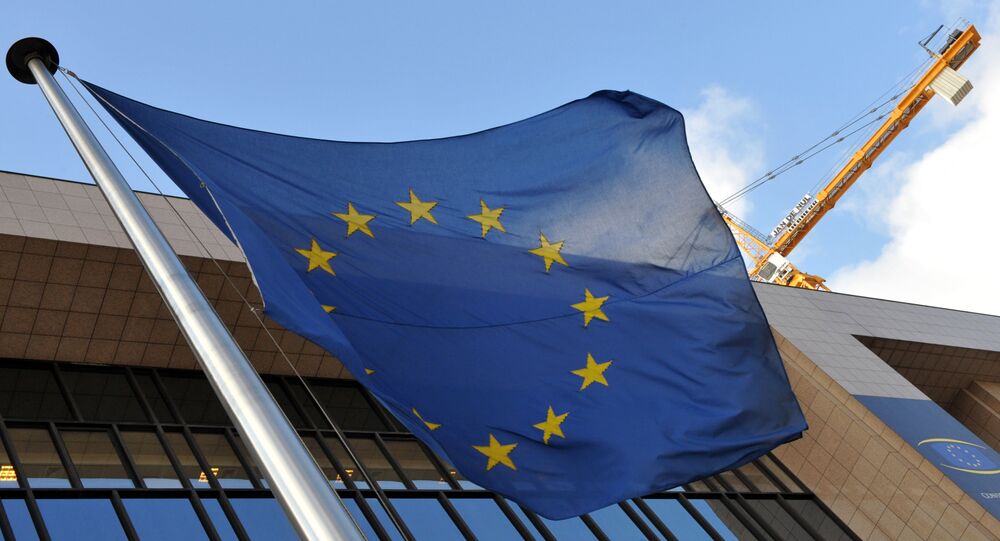 The EU Parliament is set to vote on a report on countering third-party information warfare that puts Russian media and Daesh propaganda on the same level.

The document is scheduled for debate on Tuesday, with the vote to be held on Wednesday. It says that Russia is using think tanks and "pseudo news agencies" to "challenge democratic values" and "divide Europe."

"I have expected something like this," Eekhof told Sputnik. According to him, European officials seek "to look how media outlets or so called propaganda outlets are paid and financed. And they want to do it not by registration act, officially and transparent, but by ordering their secret services to control the financial background of media in Europe."

Commenting on comparison between Russian media and Daesh propaganda, the expert said that such statements are "crazy."

"It is funny and it is really crazy. To understand this, we might have to think about who stands behind this report," he stated.

According to Eekhof, the main initiator of the project is Elmar Brok, Chairman of the European Parliament Committee on Foreign Affairs, who "hates Russia" and "seeks to unite Europe" by any means.

In order to implement the agenda Brok has in his mind, "he wants to have the power over the media" and therefore "has to convince the parliament to accept what he wants," Eekhof argued.

© Flickr / kitchener.lord
Take the Blue Pill - Entrenched Western Media Propaganda Accepted As Truth
Brok's main goal is to "put media out of the game" in Europe so that they won't be able to have any impact on the minds of Europeans, Eekhof argued. The expert also stressed that the report on third-party propaganda paves way for "new European totalitarian ideology."

According to the former CDU politician, Brok's war against Russia started a long time ago when he was gifted with a private foundation that can be compared with Clinton Foundation or Soros Foundation in the US. Eekhof believes that the German politician gets money from the EU in order "to wage media war against Moscow."