The German Foreign Ministry positively assesses Russia’s willingness to introduce a humanitarian pause in Aleppo on Friday, but it will not bring a breakthrough in Syrian settlement, ministry’s spokesman Martin Schaefer said Wednesday.

“What we are witnessing, we can say that is a positive development that the arms will be laid down until the day after tomorrow. This is anyway better than if fighting in and around the eastern Aleppo continued… But regarding the 10-hour ceasefires, which the Russian side constantly announces and are partially supported by the Syrian army – this is not enough. I think I can say, although I am not aware of details of such proposal, about which I found out just like you from the news agencies, that it is definitely not a breakthrough in a settlement of humanitarian and political crises around Aleppo,” he said. 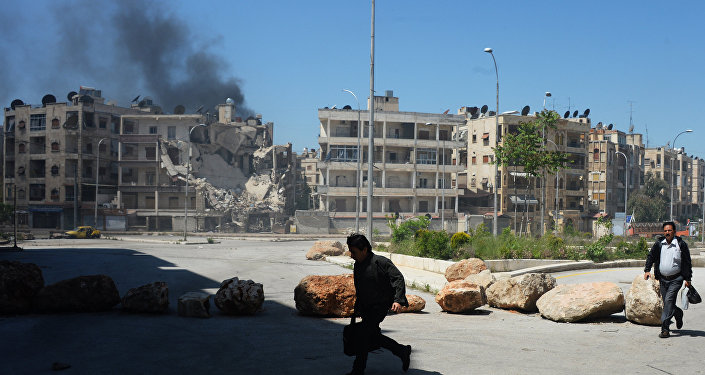 © Sputnik / Mikhail Voskresenskiy
Over 2,000 'Moderates' Shell Aleppo Using 22 Tanks, 15 Infantry Fighting Vehicles, Rocket Artillery
Fighting in Aleppo, which is part of a civil war in the crisis-torn Syria, escalated in the past days after militants in the eastern neighborhoods announced an offensive and fired missiles on the government-held western part of the city.

Why Does Media Cover Up War Crimes of 'Rebels' in Aleppo?