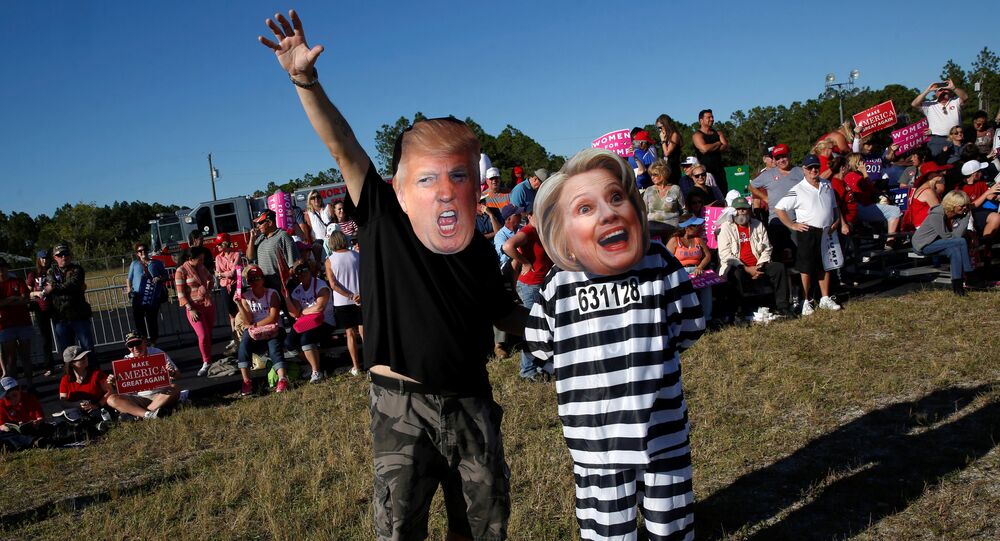 US Congressman Dana Rohrabacher said the Obama administration has not provided any evidence of alleged Russian involvement in the election process.

WASHINGTON (Sputnik), Michael Hughes — The Obama administration has not presented a clear case that proves Russia has interfered in the US elections amid accusations of cyber-intrusions and lobbying, US Congressman Dana Rohrabacher told Sputnik.

"At this point I don’t think the case has been proven that Russia is involved in a big way in manipulating our [US] elections through hacking," Rohrabacher said.

© Sputnik / Vladimir Astapkovich
Moscow Waiting for Washington's Accusations of Preparing Color Revolution in US
Earlier in October, US intelligence officials claimed they were confident the Russian government had directed recent compromises of US political organizations. Russian officials have denied any intent to interfere in the November 8 election.

Rohrabacher claimed it was "possible" that Moscow tried to influence the US election but the United States itself has interfered in not only other countries’ elections but has forcibly overturned foreign governments.

Rohrabacher, however, also cautioned the Russians that, if they do happen to be interfering, to be careful because it could lead to blowback.

"You are always playing with fire because whatever involvement there is can be exaggerated and turned into what looks like a very hostile act," Rohrabacher explained.

Lavrov: US Falls Under 'Artificial Impression' of Russian Meddling in Elections