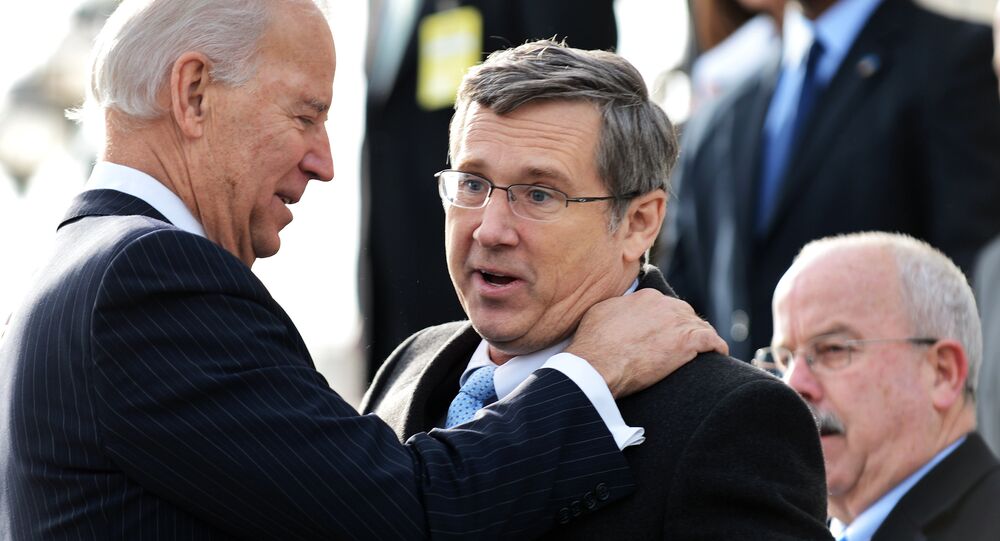 A vulnerable GOP Senator did not help his chances for re-election when he made an off-color racist remark about his opponent, during a televised debate at the University of Illinois Springfield.

Representative Tammy Duckworth (D-IL) was born in Bangkok to an American father and a Thai mother. When the two-term congresswoman  described herself as "a daughter of the American Revolution," and claimed that her family "has served this nation in uniform going back to the Revolution," her opponent, Sen. Mark Kirk (R-IL) replied, "I forgot that your parents came all the way from Thailand to serve George Washington," according to the Hill.

Duckworth is an Army veteran that served in Iraq and lost both her legs in 2004 when an RPG struck a helicopter she was flying. Her father is veteran of World War II and his ancestors fought in the Revolutionary War.

Kirk later wrote an apology to Duckworth, tweeting. "Sincere apologies to an American hero, Tammy Duckworth, and gratitude for her family's service."

Duckworth accepted the apology five hours later, tweeting, "Thanks, Sen. Kirk. Let's honor my family's service — and your own — by sticking to the issues for the final week."

Even Democratic presidential nominee Hillary Clinton weighed in on the issue, tweeting, "Thankful for @TammyforIL's—and her family's—service to this country. It's really not that hard to grasp, @MarkKirk."

Kirk earned the ire of some Republicans when he withdrew support for his party’s presidential nominee, Donald Trump, calling the candidate a “malignant clown.” Trump’s campaign manager, Kellyanne Conway, took the opportunity to give Kirk his comeuppance.

Conway tweeted, "The same Mark Kirk that unendorsed his party's presidential nominee and called him out in paid ads? Gotcha. Good luck."

Ironically, Kirk unendorsed the controversial billionaire after the latter made disparaging remarks about the heritage of a Mexican-American judge overseeing the Trump University case.

As Clinton Courts Republicans, Senate Slips Away from Dems

Brazilian Senate Begins Session to Vote on Removal of Rousseff