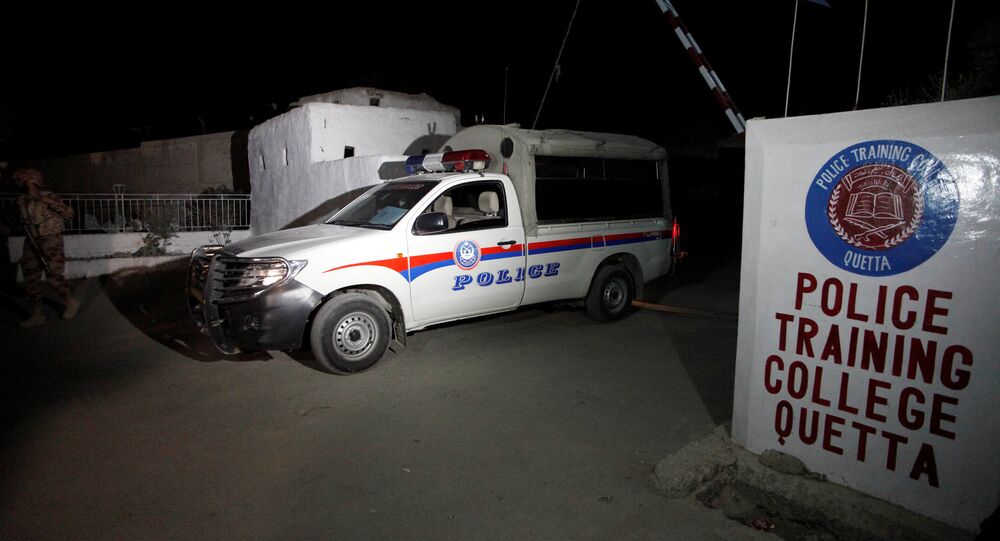 It is too early in the investigation to determine if the Daesh is behind this week’s attack on a police training facility in the Pakistani city of Quetta, US Department of State spokesman Mark Toner said at a briefing Friday.

WASHINGTON (Sputnik) — The White House has expressed willingness to help Pakistani authorities with the investigation.

"It’s still early stages of the investigation. I don’t think we know with great certainty who was behind the attack," Toner told reporters when asked about reports that the Islamic State [Daesh] carried out the attack.

The attackers killed at least 60 people, mostly police cadets, and wounded 120 others before security forces took control and killed the assailants.

The Daesh claimed responsibility for the assault, but Pakistani officials have blamed the Taliban-linked Lashkar-e-Jhangvi group.