GOP leaders of the US House of Representatives plan to vote in mid-November on extending the Iran Sanctions Act (ISA) by an additional ten years.

Royce said, "The Iran Sanctions Act was enacted to curb Tehran's support for terrorism and its very dangerous weapons proliferation. It should remain in place until the regime stops exporting terror and threatening us and our allies with deadly weapons. That's why I'll be introducing a bipartisan, long-term extension of these important sanctions," according to Reuters. 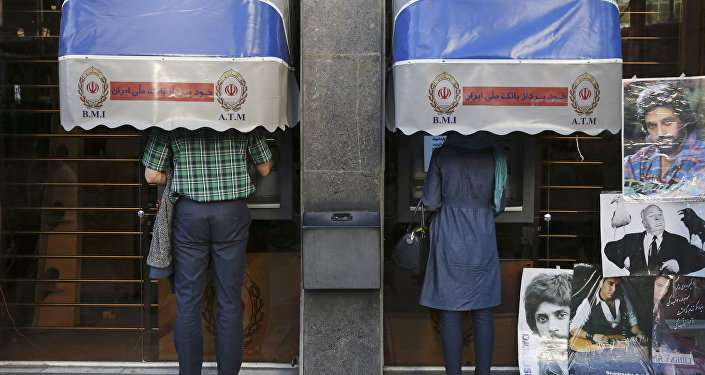 © AP Photo / Vahid Salemi
Impatient Iran Issues 'Credit Cards' as US Dithers on Lifting Nuclear Sanctions
Both Democrats and Republicans in Congress support extending the ISA, but there is no guarantee that the act will be approved in the Senate, where Republicans have 54 seats, as 60 votes are needed to pass the legislation. US President Barack Obama is unlikely to sign the extension, as earlier his administration asked Congress to postpone a renewal of the ISA. The White House asserted that even if Iran violated the nuclear agreement, the US has enough power to impose sanctions after the ISA expires.

White House spokesman Josh Earnest did not say whether Obama would sign the act into law, stating, "I won't prejudge at this point whether or not the President would sign that bill."

In July 2015, a nuclear accord was reached by world powers to limit Iran's nuclear program, in return for the lifting of sanctions on the country. Currently, there are several guidelines in the ISA which allow foreign companies to do business with Iran, unless the US financial system is involved. The US Treasury Department specified that transactions are permitted with blacklisted companies and individuals, including terrorists, if they possess only a minority interest in those ventures.

Something Rotten in State of Iran: Why Tehran Runs in Place As Sanctions Lifted