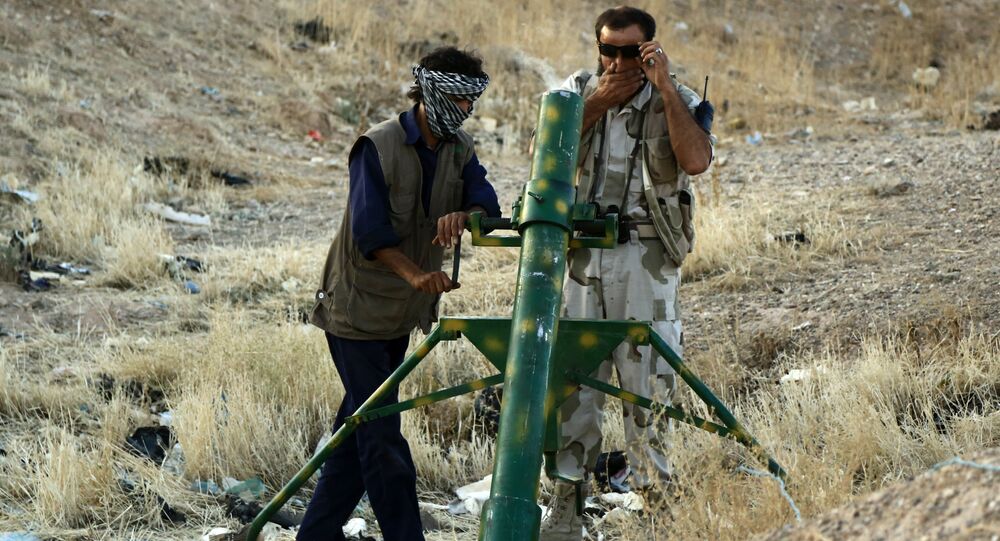 US Has Yet to Separate Terrorists From Opposition in Syria - Lavrov

The United States has not fulfilled its promise to separate moderates from terrorists in Syria nearly a year after pledging to do so, Russian Foreign Minister Sergey Lavrov said Tuesday.

"The most important condition is the immediate and complete separation of the so-called moderate Syrian opposition from Daesh, al-Nusra Front and the like. Our US partners have promised us to do so eight months ago. As of now, nothing has happened," Lavrov said at an Association of European Businesses briefing in Moscow.

© REUTERS / Hosam Katan
Incredible Transformation: US Media Turning 'Terrorists' Into 'Rebels' in Aleppo
Syria has been mired in civil war since 2011, with so-called moderate opposition factions as well as extremist groups like Daesh fighting the Syrian Army to topple the legitimate government of President Bashar Assad. The United States has been supporting the allegedly moderate opposition forces in Syria, while Russia has been supporting Syria's legitimate authorities.

"Russia, as you know, has consistently been advocating for an early, peaceful and just settlement of the violent Syrian conflict," Lavrov said at an Association of European Businesses briefing in Moscow.