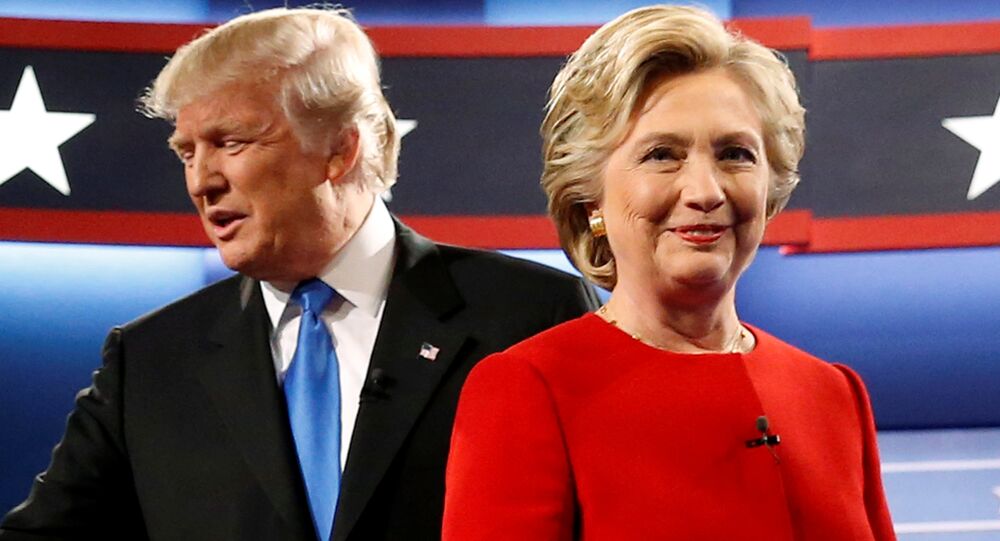 The highly-anticipated debate began with a discussion of the American economy -- a topic that didn’t help either candidate.

"Donald Trump is going to favour more of a pro-business approach; we see that doesn’t work," Bob Schlehuber, producer of Radio Sputnik’s By Any Means Necessary, told Loud & Clear’s Brian Becker. "We need to redistribute money to people that are living paycheck to paycheck and they’ll instantly spend it. That’s not going to work with businesses."

"On the other end, you have corrupt governments," he added. "It shows the government is also laggard and ineffective in being able to manage these infrastructure projects. So I think we’re left with two options in Trump and Clinton, one in the business route, one in the government route, neither one of them works."

The debate eventually shifted to foreign policy, however, and highlighted the bizarre role that the "Russian boogeyman" has played in this election.

"When she mentioned Russia last night it was the most outrageous Russia bashing, but it’s the keystone of her foreign policy," said Gloria La Riva, presidential candidate for the Party for Socialism and Liberation. "She is the ideologue for more aggression against Russia. It’s quite dangerous."

Still, any notion that Trump is an antiwar candidate is also flawed.

"We don’t have anything really policy-wise from Donald Trump to stand on to back up this supposition that he is somehow antiwar, less hawkish," Anoa Changa, host of the talk show The Way with Anoa Changa, said, pointing out Trump’s stated support for the Israeli government.

As Schlehuber pointed out, hawkishness from both candidates is to be expected.

"I don’t think the US government and anybody that runs for higher office knows anything but war," he said, pointing out that Washington had a number of opportunities to prevent the Syrian civil war from erupting, but chose to ignore the warnings.

"Here we are, some five years later, the whole thing’s on fire, we have no idea how to go in and resolve it whatsoever. We have preventable situations both domestically in our US cities as well as abroad that can be prevented before these things spark and catch fire," he said.

"Once they’re on fire, we’ve shown complete ineffectiveness through our military and our police to resolve and de-escalate. Once the escalation starts, all we do is escalate, escalate, escalate, and that’s what you’ll get from a Trump or a Clinton presidency."

Trump Focuses on Jobs, Unfair Trade Deals at Start of US Presidential Debates

Trump Questions Clinton Stamina, Claims 'She Has Experience But it is Bad'