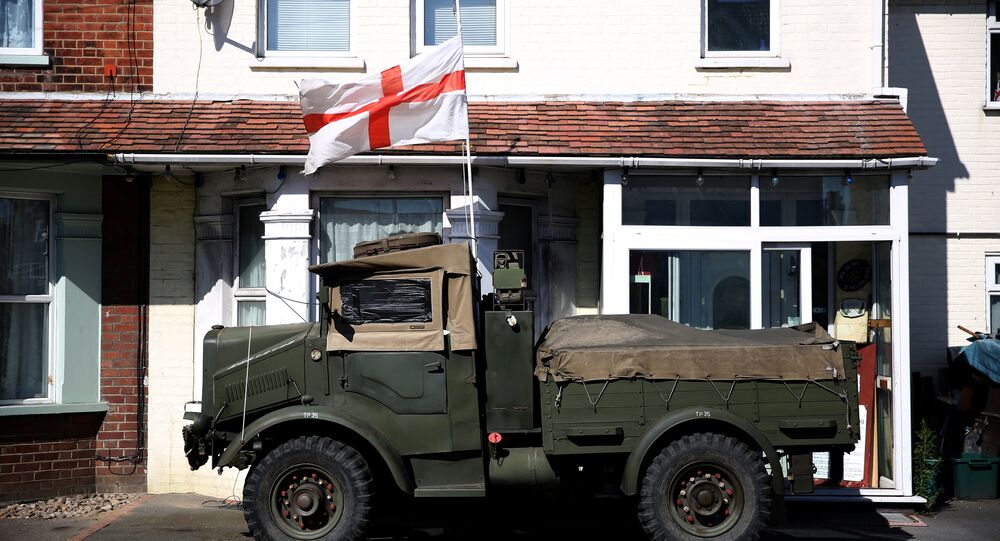 Do You Have to Be White to Be English?

Brexit changed a lot of things in the UK. When Britain voted to break away from the EU, out came the racists, it seemed, and suddenly everyone needed to “go back to where they came from.” Only nobody really knew where that was, especially those born in the UK who do not have lily-white skin.

Everyone has questions now that Britain has separated from the so-called EU “baddies.” One of the most pertinent could be: do you have to be white to be English?

An August 31 discussion at SOAS University in London, in which panelists Maya Goodfellow, Media Diversified columnist Barbara Speed, The i Paper comment editor Mike Pope, consented.co.uk co-founder Kojo Karam, and the Guardian’s deputy opinion editor Joseph Harker, tossed around the issue of skin color and its association with being English.

Goodfellow suggested the way to challenge the idea that Englishness is white is by understanding what it means to be English.

"Lots of people say English identity changes depending on who you speak to. Recently, with the Brexit vote, what we saw was nostalgia for the empire, and that racism, as well as nationalism, that was hyped up by Boris Johnson," Goodfellow said.

PoC shldnt try to be English, our role should be to push GB to remember its history&think beyond national borders @KojoKoram #WhiteEngland

She offered that the EU vote made white citizens feel superior, and that that purported superiority is false.

"Tony Blair’s new Labour claimed that black people were the cause of crime, this automatically makes them think they do not belong. Also look at the news coverage of people from Eastern Europe," Goodfellow told Sputnik.

© AFP 2020 / Arthur Edwards
Racism and the Monarchy: 10 Times the UK Royals Went a Little Too Far
Karam, an academic from Liverpool with family in Newcastle, said that living in London allows one the privilege of ignoring the issue of being non-white and English. But for minorities living in the north of England, this is not a debate that can be ignored.

Shouts to @consenteduk for hosting the conversation on #WhiteEngland tonight. Was great to chat to such a sick crowd.

"We need to define what English even means, but what is important is, despite the violence and suffering of the empire, this is a story that cannot be told without people of color," Karam said.

He suggested that many UK citizens, when thinking about ‘Englishness,’ think of white-skinned people who assert that non-whites should not try to be English.

"Can non-white people be English? They shouldn't be trying to be, they need to push past this idea of borders and these racial ideologies," Karam told Sputnik.

However, being white alone is not enough to be English, it was suggested, with references drawn to the recent case of a polish man who was killed by several white youths.

One thing the panel agreed on, however, is that there is no English nationality. Journalist Harker said that perhaps this lack of a national identity was because modern England has never been subject to foreign rule.

"England has never been under foreign rule, or been defeated, so they see things differently from Scotland and other countries who have been subjected to this," Harker told Sputnik.

© CC BY 2.0 / David McKelvey
Thorn in Britain's Side: 'Nasty' Immigration Bill May Increase Racism
Pope opined that if a non-white person wants to be English, they must feel it in their gut, and that is where the problem lies. He drew reference to England’s football team, where many of the players are non-white but play for the national team.

"Look at Raheem Sterling, he was born in Jamaica, but plays for England. At what point does he stop being Jamaican and become English?" Pope asked.

Non-whites in the audience asked whether they should be considered English, and stake their claim, given that if it were not for them and the countries they are from, much of the former British Empire would not have access to the level of resources it now claims.

'Yes of course you should stake your claim,” Karam said, adding, “I'm from Ghana. Not much gold is there any more, as it is all here in England. We do have a claim in this country."

"We did build this country, through slavery, empire and plundering, so yes you do have a stake," Harker stated.