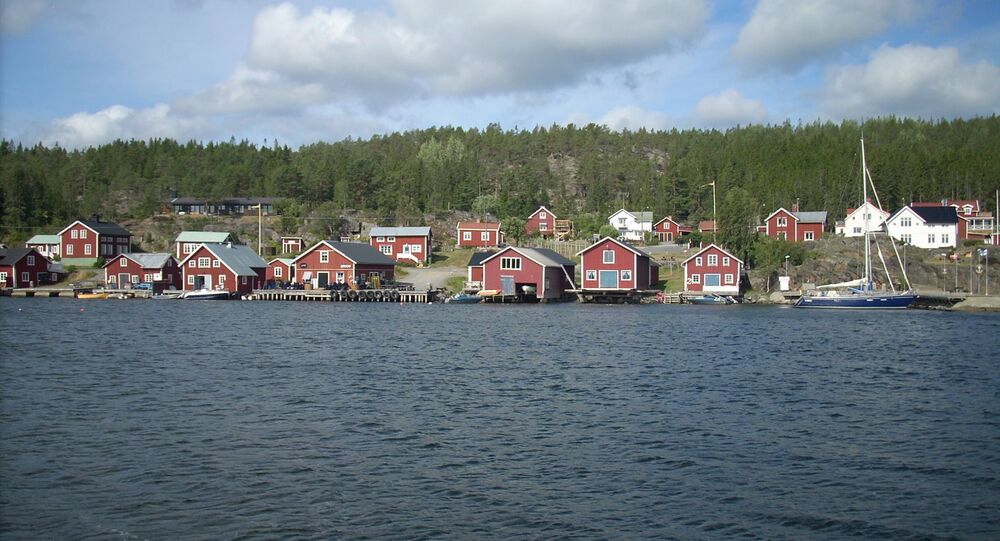 Despite the fact that Sweden, unlike Spain, the UK or France, is not commonly associated with isles of separatism, it appears that the clandestine yearning for self-rule is manifest even in its remote northern regions.

Despite the fact that Norrland, which consists of nine provinces, occupies 54 percent of Sweden's surface, the country's sparsely populated northernmost region has a population of only over 1 million (out of Sweden's total population of roughly 10 million)

Earlier this week, Gröning's aptly titled article "Norrland Should Take Cue From Scotland and Demand Independence," published by Sweden's tabloid newspaper Expressen, made a splash in Swedish media. In no time, the article was shared thousands of times on Facebook, sparking a heated debate on Twitter and even provoking a negative response from a local Socialist Democrat politician, who dismissed the demand for independence as "what northerners say when drunk."

​However, Gröning's initiative appeared to have raised a keen response among fellow Swedes, as a poll on the public service broadcaster SVT's website revealed that no less than 90 percent of respondents actually supported Norrland's quest for independence.

​Gröning's ire is based on the state-owned electricity company Vattenfall's plans to cut back thousands of jobs, the majority of them in Norrland.

"What they fail to comprehend is that pressing only three buttons [in Norrland] may switch off the lights in large parts of Sweden," Gröning said, venturing that this would remind Stockholm of Norrland's very existence.

© Flickr / The Municipality of Tromso
Whatever Entrepreneurs Say, Norwegians Are Happy Without EU
According to Gröning, the northerners' confidence in the Swedish state is at rock bottom could be boosted by a referendum. By Gröning's admission, Norrland is rich in timber, water power and mining, yet remains Sweden's poorest areas.

In the European scheme of things, northerners' distaste for the EU is well-known. Rural and EU-skeptical Norrland notoriously voted against the EU membership in Sweden's decisive referendum in 1994, only to become run over by the rest of the country. Unsurprisingly, 60 percent of northerners still are against the EU, which clearly contradicts Stockholmers' wishes, who traditionally remain Sweden's most EU-loyal citizens, Swedish newspaper Svenska Dagbladet reported earlier this year.

Remarkably, this trend is mirrored in Sweden's neighbor country Norway, which in a similar referendum in 1994 decided to stay out of the EU. EU-skepticism still peaks in northern Norway, where only 14 percent are in favor of EU membership.

Norrlanders have a cultural identity of their own. Incidentally, the region even has an unofficial flag, which was established in 1992.