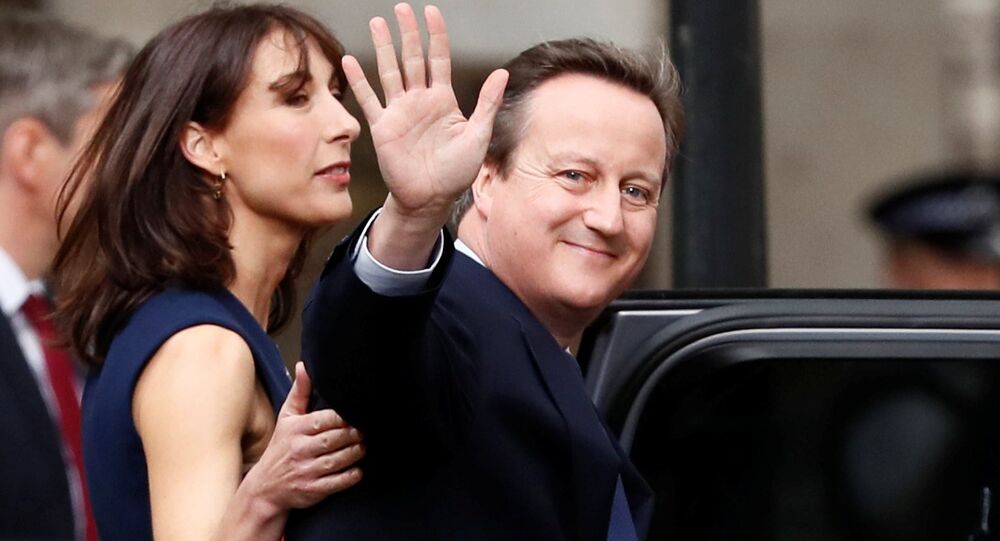 UK lawmakers have called for an overhaul of the country’s honors system, after a leaked list reportedly showed former Prime Minister David Cameron had applied to reward dozens of Conservative party donors, aides and other colleagues with knighthoods and other high-ranking honors.

The leaked list includes 48 Conservative Party or Remain campaign figures who stand to be honoured with new titles, leading to claims of cronyism on Cameron's behalf.

The list shows that four Cabinet minister — David Lidington, Patrick McLoughlin, Philip Hammond and Michael Fallon — could be rewarded with knighthoods, while Cameron's closest political ally, George Osborne, will become a Companion of Honour, according to the Sunday Times.

Cameron's resignation honours list is a colossal mistake as it will define his time as PM. Whoever advised him did him a disservice…

​Will Straw, the coordinator of the Remain campaign during the EU referendum, was also named on the list, along with Isabel Spearman, who worked as a stylist and assistant to Cameron's wife, Samantha.

The leak has triggered calls for an overhaul of the honours process.

"That Mr Cameron proposes to reward his friends network on such a huge scale will not only bring the honors system into disrepute, it will undermine the reputation of the Theresa May. It's cronyism, pure and simple and proof the Tories will always put their own interests before those of the country."

Labour deputy Tom Watson calls for the abolition of resignation honours: "Theresa May can stop this if she wants to"

"I'm disappointed that the former prime minister should use the system to slap his friends on the back," Smith said.

Cameron awards knighthoods to his wife, children and pet hamster Tarquin. I wouldn't be surprised. Would you? #honours #honourslist

​​The manner in which many of Cameron's close allies and colleagues were allegedly nominated on the honors list also raised suspicions about those who are not set to receive recognition for their work.

#LarryTheCat #honourslist The chief mouser has devoted his life to public service, and yet for all his hard work he is unrewarded. Shameful.

"They must have gone through the No 10 staff list when they were compiling the nominations. I'm surprised Larry [the cat] is not in there," a parliamentary insider told the Sunday Times.