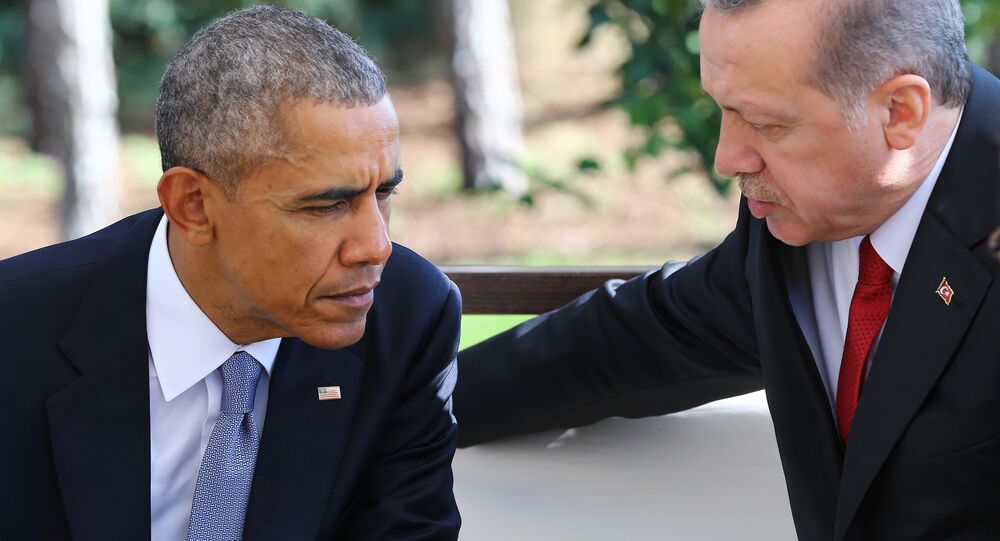 US President Barack Obama is expected to talk to Turkish President Recep Tayyip Erdogan soon for the first time since the attempted coup in Turkey, White House Press Secretary Josh Earnest said during a briefing on Monday.

© Sputnik / Michael Klimentyev
Putin Stresses Inadmissibility of Violence Amid Coup Attempt in Call With Erdogan
WASHINGTON (Sputnik) — Late on Friday, an attempted military coup took place in Turkey with tanks seen on the streets of the capital of Ankara and the largest city of Istanbul, as the military tried to take control of the country. By early Saturday, the coup had been suppressed.

Over 290 people were killed and hundreds were injured during the attempted coup.