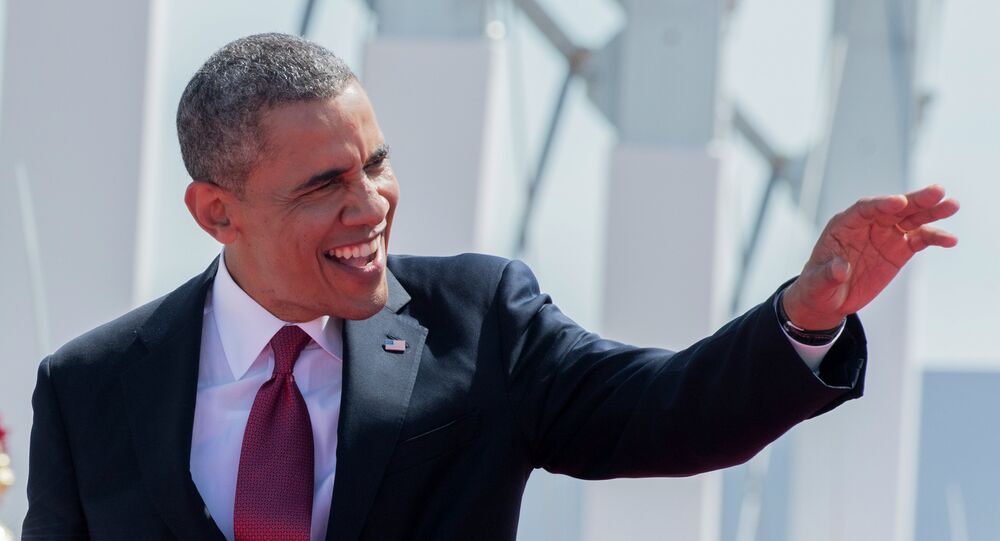 The chairwoman of a county Republican Party in Colorado retires almost a month after posting a racist meme comparing President Obama to a chimpanzee.

Linda Sorenson, a chairwoman of Delta County Republican Party, resigned under a pressure after sharing a racist meme on her Facebook page.

The meme was a black and white photo of former US president Ronald Reagan, bottle-feeding a chimpanzee, with a title added, saying "I'll be damned… Reagan used to babysit Obama!"

The image was later deleted from Sorenson's account, but not before it was captured by local news.

© REUTERS / Jim Urquhart/File Photo
Donald Trump Vows to Torture: 'Waterboarding? I Like it a Lot!'

Sorenson resigned after a fourth accountability meeting held Thursday by the county's Republican Central Committee. The meeting was looking into her and party vice chairman Vic Ullrey's claims that her account was "hacked". The Colorado party chair refuted the claims.

Don Suppes, mayor of Orchard City, who is running for the Delta County Commission, acknowledged the resignation of Sorenson.

"There's no room for racism, intended or unintended, in society," he said. "It's best for the party, best for the county, that she step down," he said.

Earlier, Sorensen called the image a joke, reportedly saying, "I really don't care if people are offended by it," but later she admitted her responsibility.

​Sorenson was also criticized for openly endorsing one of the Party candidates for the US Senate race, Darryl Glenn. More than 42 percent of Delta County GOP voters cast their ballots for him in the five-way race. Endorsement of a candidate during the intraparty contest is a gross violation of election law.

It is unknown if the Committee will pursue the investigation, as Sorensen's resignation effectively nullifies the case.