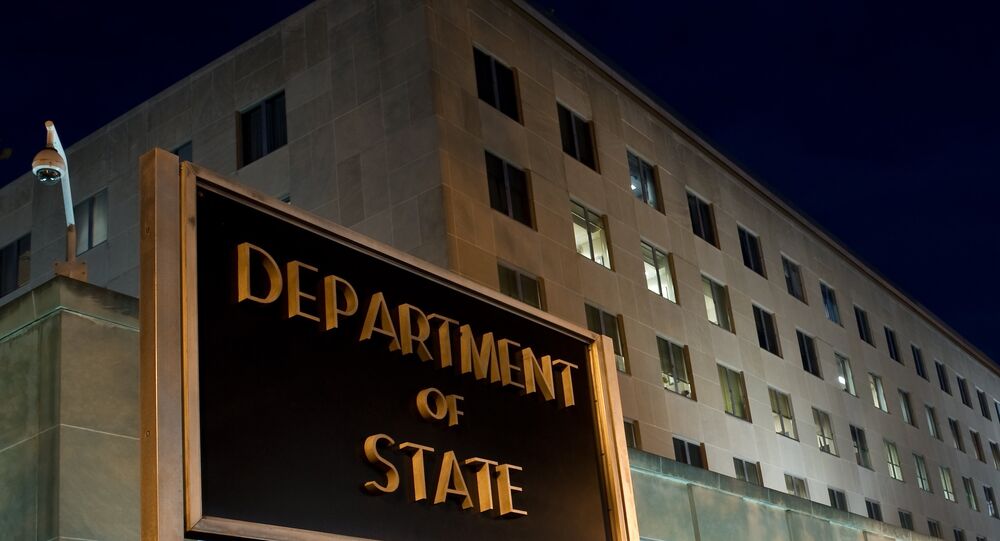 The US authorities have informed Russia of imposing sanctions on a number of the country’s entities over breaching the Iran, North Korea, and Syria Nonproliferation Act, a US Department of State spokesperson told Sputnik on Friday.

© Sputnik / Pavel Lisitsyn
US Examining Effect of Possible Sanctions for Russia’s S-300 Sale to Iran
WASHINGTON (Sputnik) — The State Department said the United States imposed sanctions on 38 foreign entities and individuals from ten countries on June 28, 2016. The measures will remain in effect for a period of two years.

"We have informed the relevant authorities in Belarus, China, Iran, Malaysia, and Russia of these determinations," the spokesperson stated.

"These entities and individuals were sanctioned as a result of a determination that there was credible information indicating they had transferred to, or acquired from, Iran, North Korea, or Syria goods, services, or technology," the spokesperson added.