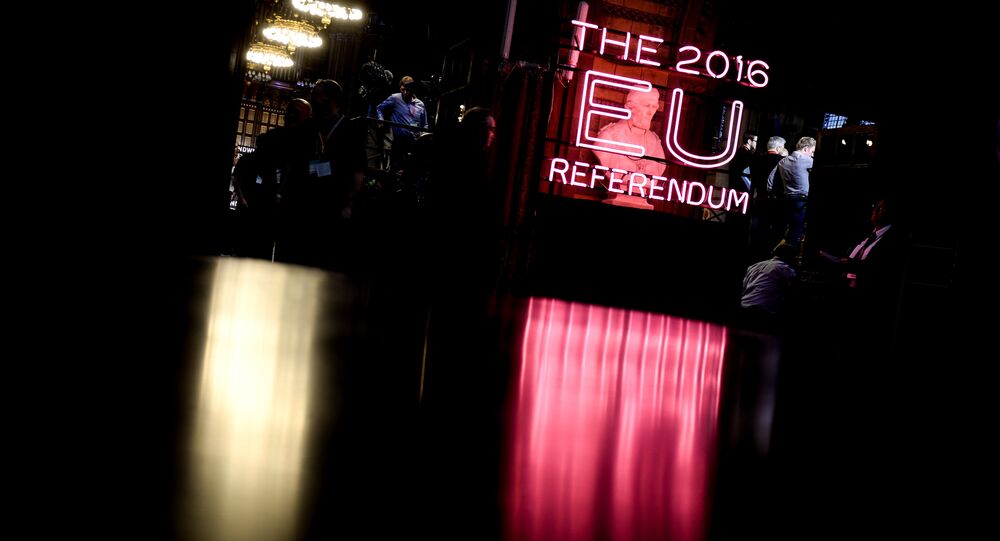 The results of the Brexit referendum show that European nationalists and radicals are rapidly gaining power, which may mark the beginning of the end of both the EU and the United Kingdom; however, Iran stands to gain if it can seek independent ties with England without Brussels' interference.

© Sputnik / Grigoriy Sisoev
Britain's Tongue-Lashing: Brexit Could Cost the English Language Its Clout
Emad Abshenass, an Iranian political scientist and the editor-in-chief of the newspaper Iran Press, told Sputnik that the vote’s outcome has already caused both Scotland and Northern Ireland to consider holding their own referendums on seceding from Britain and joining the EU as independent states. He also added that the UK secession from the EU would have a negative impact on both parties’ economies.

"As we know, England and the EU share close trade and economic relations. And secession from the EU would deal a blow to the Kingdom’s economy. A severe decrease in EU-British trade relations should be expected in that case as by leaving the European Union, Britain would lose all of its preferences," Abshenass explained.

He also remarked that this development may also affect the relations between London and Tehran because by seceding from the EU, Britain would no longer require to take Brussels’ concerns into consideration when forging its foreign policy.

"The current relations between the UK and Iran are overshadowed by Britain’s membership in the EU. Britain's secession from the EU won’t be a momentary event – it is a lengthy process that may take months or even years. So the British should begin developing their own policy regarding relations with Iran, without taking the EU concerns into consideration. All of the previous strategies will become a thing of the past, they will be changed," Abshenass said.

Meanwhile, Hamid Aboutalebi, Deputy Chief of Staff for Political Affairs to Iranian President Hassan Rouhani, has already declared the results of the referendum a "historic opportunity for Iran" that should be seized as soon as possible.

On Thursday, June 23, 2016 the United Kingdom held a referendum to determine whether or not the country should leave the European Union. According to the final results, 51.9 percent of voters, or 17.4 million people, decided to support Brexit, while about 16.1 million opposed it.