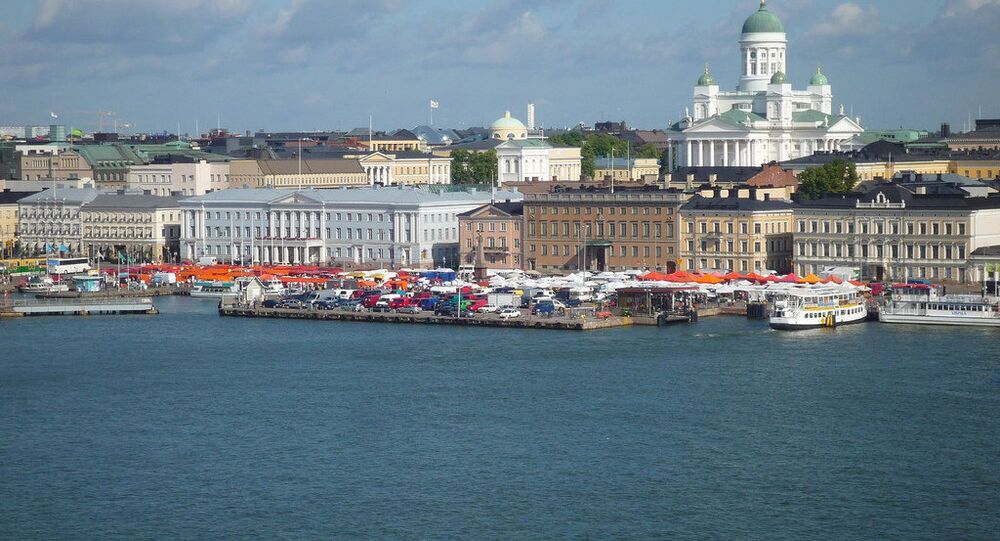 The recent rehash of minister portfolios in the Finnish government has surprisingly lifted Kai Mykkänen of the Coalition Party to the post of Foreign Trade and Development Minister. With Mykkänen's well-earned reputation as an expert on Russia, this may send a positive signal amid the bilateral trade slump following EU sanctions.

© Sputnik / Alexei Danichev
Finns Hail Russia's Speedy Recovery, Prepare to Welcome Russian Tourists
The 36-year-old Espoo native was elected to parliament only a year ago, but previously lived in Russia for three years, where he worked for Sampo Bank and arranged financing for Nordic companies in St. Petersburg. He was also charge of Russian affairs at the Confederation of Finnish Industries EK. By his own admission, Mykkänen has long studied Russian, which happened to be his main language during his stay in St. Petersburg, Finnish newspaper Hufvudstadsbladet pointed out.

Mykkänen has been involved in politics since he was young. At the turn of the millennium, he was president of the National Coalition Party's youth organization and the Finnish high school student unions. He was associate of MEP and Finland's former Foreign and Finance Minister Alexander Stubb 2004-2006. Mykkänen has also been a long-standing supporter of Stubb and was his campaign manager.

Meanwhile, Russian-Finnish trade has been all but rosy. The weakening of the ruble has further aggravated the trade slump, inflicted by the European Union's anti-Russian sanctions together with low oil prices. By experts' admission, Russia's economic and political problems are mirrored in the country's trade and hit Finland hard.

© AP Photo / Lehtikuva/Heikki Saukkomaa
Peaceful Neighbor: Finland Sees No Russian Threat, Defends Putin Talks
According to an economic barometer survey by the Finnish-Russian Chamber of Commerce, trade between the countries fell by nearly a third in 2015, which is only a continuation of the situation over the past few years, in which commerce between Russia and Finland has plummeted. In the first quarter of 2016, Finland lost its previously undisputed status as the Leningrad region's primary trade partner — only to be overtaken by China.

However, some say there appears to be some light at the end of the economic tunnel. A full 52 percent of the companies surveyed by the barometer in May said they believe that Russia's economy will bounce back, bringing trade figures up. Jaana Rekolainen, the Finnish-Russian Chamber of Commerce's CEO, admitted to Finnish national broadcaster Yle that belief in Russian markets is getting stronger, yet stressed that a full recovery remains in the distant future.

So far, the newly-made foreign trade minister said his main goals were to promote the export of environmental technology and ensure that Finnish companies will get a firm foothold in Africa.

© Sputnik / Eduard Pesov
Finnish FM Soini Hails 'Good and Practical Ties' With Russia
At the same time, Mykkänen expressed cautious optimism as the Russian-Finnish trade was believed to be emerging from the downward spiral.

"In recent months, private consumption [in Russia] has begun to increase, and the ruble has strengthened slightly. The chances are that the trade will recover somewhat during autumn, if the cards are played correctly," Mykkänen told the Finnish newspaper Kaleva.