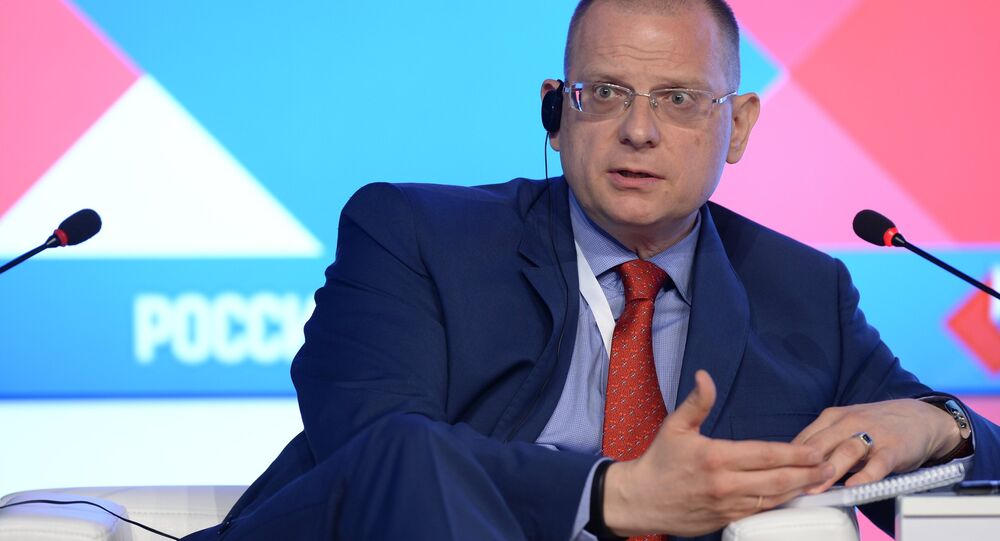 © Flickr / Jorge Franganillo
Moscow Urges UN, OSCE to React Over Turkey Press Freedom Violations
MOSCOW (Sputnik) — According to the ombudsman, this political correctness is not always maintained in Russian media.

"For many years I worked in the United States, the newspapers there do write with different emphases — some are more supportive of Republicans, some support Democrats, but they write politically correct things in relation to the authorities," Dolgov said on the sidelines of the New Era of Journalism: Farewell to Mainstream forum hosted by Rossiya Segodnya International Information Agency.

"Criticism [of government], which exists in the Russian media, this pluralism, it is perfectly legal, completely developed… Therefore, with regard to the freedom of the media, I believe there can be no claims against Russia," Dolgov added.

The two-day media forum, timed to coincide with the 75th anniversary of establishment of the Soviet Information Bureau, which later evolved into Rossiya Segodnya, kicked off in Moscow on Monday. The event deals with the changing nature of contemporary journalism and is attended by media experts from over 30 countries. The forum is set to be attended by Russian President Vladimir Putin later in the day.