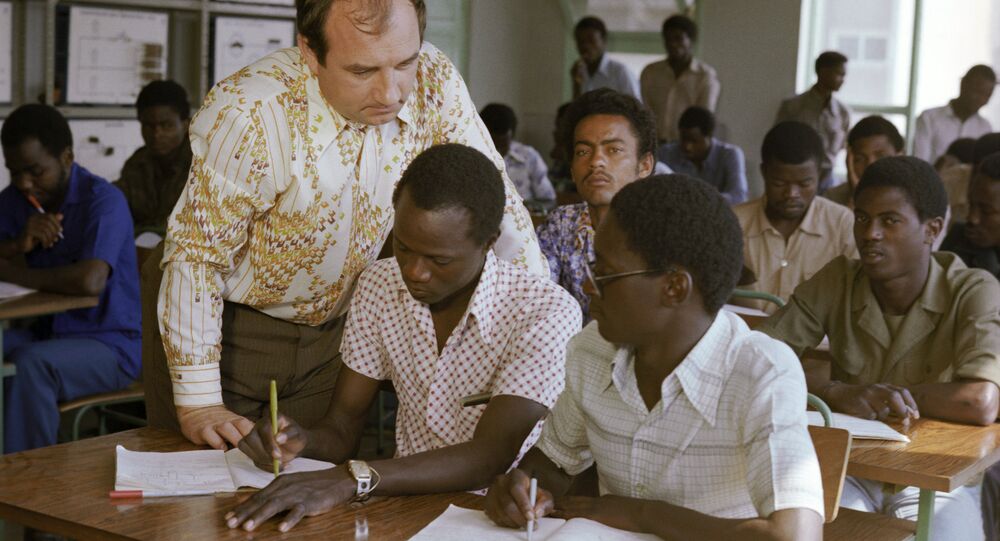 The cooperation between the African countries and Russia should not be limited to the exploration of minerals, gold or oil, but be focused on a wide range of issues, such as education, Angola’s ambassador to Russia said Monday.

© AFP 2020 / DELIL SOULEIMAN
US-Russia Cooperation With Syrian Kurds Against Terrorists 'Efficient'
MOSCOW (Sputnik) — The press conference in Moscow is dedicated to the Africa Day that celebrates the unity of the African countries and commemorates the founding of the Organization of African Unity (now known as African Union) on May 25, 1963.

"We believe that the political will for Africa to cooperate with Russia is there. But cooperation should not only look at the exportation of minerals, gold and petrol. Cooperation is a broad range in terms of what people see politically," Joaquim Augusto de Lemos said the a press conference organized by Rossiya Segodnya International Information Agency dedicated to the Africa Day celebration.

De Lemos stressed the importance of education as one of the bases for the cooperation adding that Africans should be receiving education in Russia in order to return back home as professional engineers or doctors.

"We need to have more of our children studying in Russia, they are very good when they are going back home," Angola’s envoy said. "We need more specialists, particularly doctors and engineers in order to develop our countries."

He reminded that Russia has never colonized any country in Africa and the Soviet Union has been a major supporter for the liberation struggle in Africa.

"That was the political engagement. The Soviet Union has taken this responsibility to support the liberation struggle of Africa internationally. I believe that this political engagement still exists and needs to be exploited. It should be turned into economic cooperation," de Lemos stated.

Impossible to Ensure European Security 'Without Cooperation With Russia"