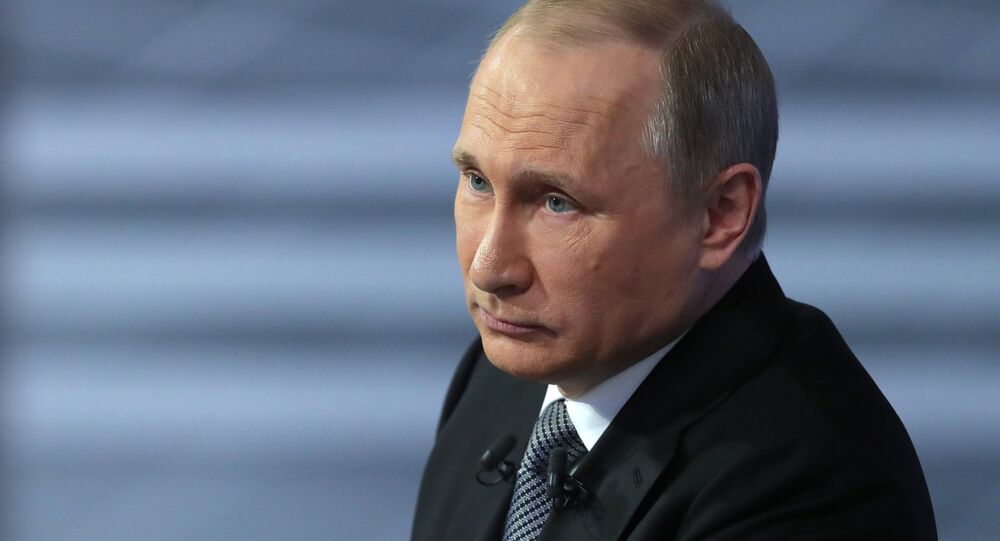 Russian President Vladimir Putin said Friday that the US defense shield in Eastern Europe is not part of defense, but Washington's nuclear potential in Europe.

"This [US missile shied in Europe] is not a defense system, but a part of US strategic nuclear potential in east Europe."

The Russian president said that the unilateral deployment of US air defense systems in Romania is not taking into account Russia's concerns.

"And after the United States' unilateral withdrawal from the Anti-Ballistic Missile Treaty — which was clearly the first step to attempt changing the strategic balance of forces in the world — this is a second blow to the international security system, the creation of conditions to violate the INF treaty. This creates additional concern," he added.

Earlier on Thursday, the US Aegis Ashore missile defense system was officially inaugurated at a military base in Romania, and the construction of a similar complex will begin in Poland on Friday.

"The deployment of Aegis system in the Mediterranean, a radar in Romania and later a missile defense site in Poland — these are additional steps undermining the global security system and starting a new arms race," Putin said.

"And where are these Iran's nuclear threats now? There are no threats. The US itself signed an agreement with Iran, [the US] was one of the initiators of the [Tehran nuclear agreement]. They did everything right and we supported this stance of the US administration. But there is no threat [from Iran], but the creation of the air defense system is still going on."

© AFP 2020 / DANIEL MIHAILESCU
Aegis Casting Its Shadow: Why US Missile Shield in Romania is 'Insanity'
Putin emphasized that currently there is no nuclear threat from Iran. Moscow proposed Washington to cooperate on the issue, however, US authorities refused to do so, he said.

"All our proposals were rejected, we are invited not to jointly work, but to discuss this issue, nothing concrete. Everything is done unilaterally, without taking into account our concerns."

Russia will not be dragged into an arms race, Putin said, adding that Moscow is doing its best to maintain strategic balance of power and avoid large-scale military conflicts.

"Of course, we are doing everything needed from our side so as to provide for the maintenance of this strategic balance of power that is the most reliable guarantee against the appearance of large-scale military conflicts, which in their aftermath, undoubtedly, would be in no comparison to those conflicts in the hot spots on the planet that we know. We cannot allow this to happen and we won't," Putin said during a meeting with top military personnel.

"As we have said before we will not be dragged into this race, but will go our own way, we will work very accurately, without exceeding the plans on financing of the rearmament program, which we set several years ago," Putin said.