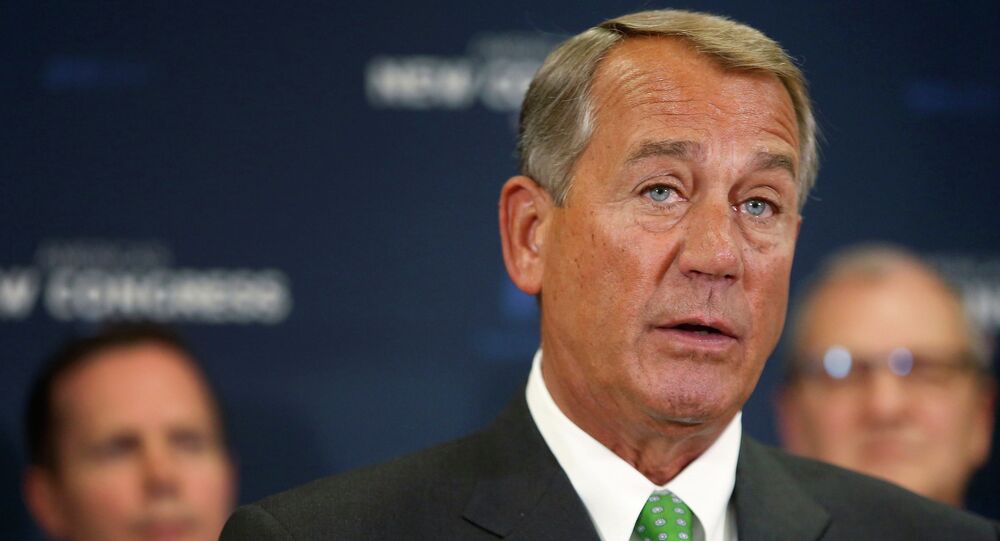 The retired US Speaker of the House gave a presentation to Stanford University students that confirmed our worst fears: we’re all doomed.

On Wednesday, the recently-retired US Speaker of the House gave a current-political-affairs speech to students at Stanford University. Political science students who signed up for the event expected the usual poll-tested blather about how “big government needs to get off of our backs” and how the Republican Party is paving a pathway to prosperity. Instead, Boehner showed that even career bureaucrats are human.

“He is Lucifer in the flesh,” said Boehner. "I have Democrat friends and Republican friends. I get along with almost everyone, but I have never worked with a more miserable son of a bitch in my life."

On Thursday, Congressman Peter King (R-NY) upped the ante on Boehner’s statements, saying that "Maybe [Boehner] gives Lucifer a bad name by comparing him [Lucifer] to Ted Cruz. Listen; what John Boehner was most concerned about was Ted Cruz perpetrated a fraud and a hoax when he brought the shutdown of the government on some kind of a vague promise that he was going to be able to end Obamacare."

Giving a remark that the Stanford audience may have expected from Boehner, current House Speaker Paul Ryan said on Thursday, "I have a very good relationship with both of these men and I’m going to keep it that way."

White House spokesperson Josh Earnest could not help but weigh in. "I think Boehner was just being honest," he said, in the former Speaker’s reference to Cruz as Lucifer.

Boehner refused to comment on the Republican frontrunner’s policies or his increasingly tendentious relationship with the Republican establishment, but did acknowledge he intended on voting for the billionaire candidate in November.

Boehner made no secret that maintains a friendly relationship with Trump, acknowledging that the two are regular golf partners and calling the likely Republican nominee his “texting buddy.”

Surprisingly, the nicest words from the former Speaker of the House were reserved for insurgent Democratic candidate Bernie Sanders, who has electrified crowds and inspired millions across the country with the hope of government that serves the common interest.

Boehner stated that the Vermont Senator is a likable guy, and the most honest politician in the race.

Expressing his opinion of former US Secretary of State Hillary Clinton, Boehner impersonated Clinton, saying "Oh, I’m a woman, vote for me," suggesting that the candidate has relied on identity politics.

Boehner predicted that Clinton would be indicted for mishandling top-secret and confidential documents, including storing the documents on a private email server.

"Don’t be shocked if two weeks before the convention, here comes Joe Biden parachuting in and Barack Obama fanning the flames to make it happen," said Boehner.

During the presentation, Boehner invited the crowd to make fun of his name, saying, "You can call me boner, beaner, jackass, happy to answer to almost anything."