Should Jaysh al-Islam and Ahrar ash-Sham be recognized as terrorist organizations following Russia's proposal to the United Nations, the peace process in Syria may collapse, Abdul Hakim Bashar, vice president of the National Coalition of Syrian Revolution and Opposition Forces, told Sputnik.

"If Russia were to consider them as terrorists, and airstrikes were to be carried out against their positions, despite their obligation to adhere to ceasefire, the HNC would have a concise, clear position, the peace process may terminate completely, a new page of violence in Syria would be opened," Bashar said.

Bashar said he believed adding these groups to the UN sanctions list would be a great mistake as they accepted a political resolution to the Syrian crisis and were ready to cooperate.

"Jaysh al-Islam is closely involved in the Geneva talks and in preparation of documents passed on to [UN Special Envoy for Syria Staffan] de Mistura. Ahrar ash-Sham has earlier announced its complete solidarity to HNC, its support of it, they participate in delegations, it is impossible to get rid of them," Bashar stressed. 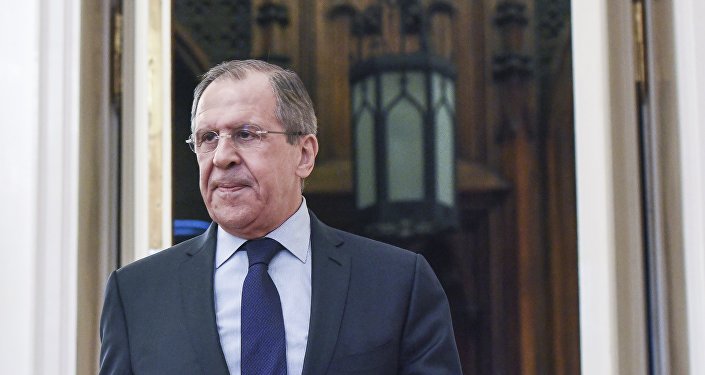 © Sputnik / Vladimir Pesnya
Ahrar ash-Sham, Jaysh al-Islam Groups Share Same Ideology as Daesh - Lavrov
If the Russian move is supported by other UN Security Council members, airstrikes against Ahrar ash-Sham and Jaysh al-Islam will be allowed by the agreement on the cessation of hostilities, as the truce that came into effect in Syria on February 27 excludes terrorist organizations.

Last week, the HNC suspended participation in the latest round of the Syrian peace talks in Geneva over the continuous fighting in Syria, Aleppo in particular, blaming the Syrian government for the violence.