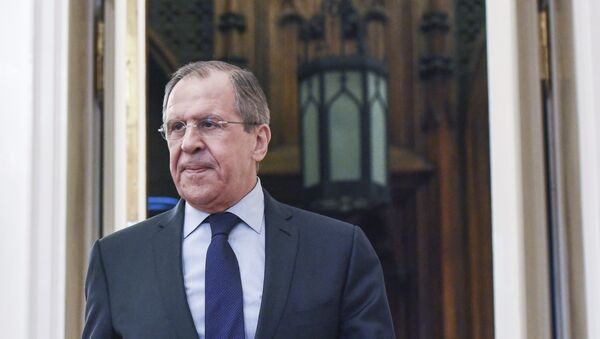 Lavrov: US Needs to 'Bring Turkey to Senses' for Blocking Kurds From Talks
YEREVAN (Sputnik) — Lavrov reminded that the HNC was not the only Syrian opposition group, as there were also the Moscow and Cairo groups, Hmeymim group and the group of independent opposition members "involving very influential persons."

"Some people have already left [the Syrian opposition’s] High Negotiations Committee [HNC]. They disagreed that radicals ruled the committee, including Jaysh al-Islam leaders. This fact confirms that we were right while proposing to include it in the list of terrorist groups… This group, as well as Ahrar ash-Sham are actively proving in action that they fully support those anti-humane, brutal approaches used by Daesh and Jabhat al-Nusra," Lavrov said.

Syria has been in a state of civil war since 2011, with forces loyal to Syrian President Bashar Assad fighting several opposition factions and militant groups, such as the Islamic State and Jabhat al-Nusra, which are both outlawed in Russia.

The latest round of the intra-Syria talks began on April 13, and according to the United Nations, was supposed to focus on Syria's political transition, governance, and the constitution. Earlier this week, the HNC postponed its participation in the latest round of the talks in protest of the ongoing violence in Syria for which they blame Damascus.