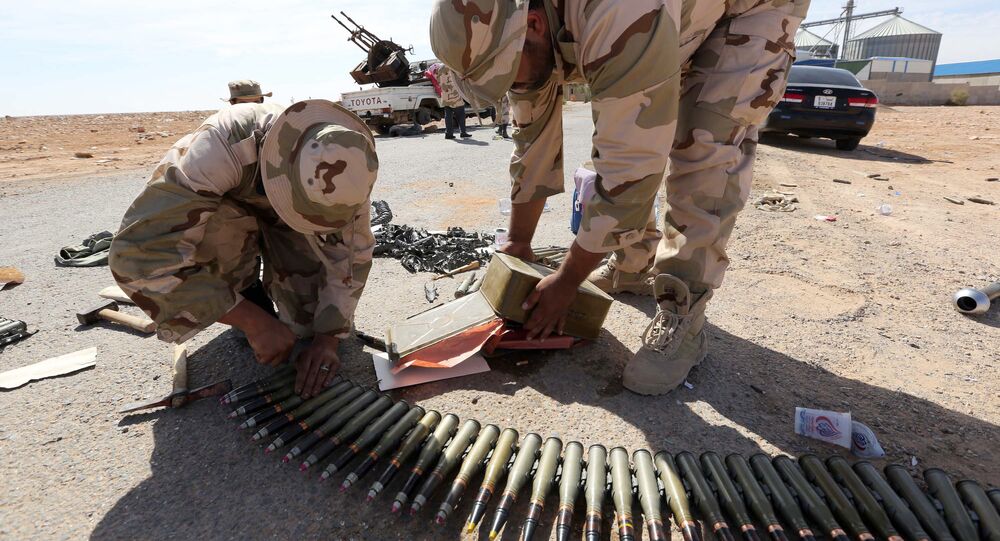 Lavrov: Russia Against Some EU States' Line on Military Solution in Libya

Russia is against the position of some EU states on military intervention in Libya.

"We are against some our partners' line, but they, in particular the Europeans, have already been openly discussing this, I heard there are such discussions in Britain that it is not worth waiting for all Libyan sides to join the Skhirat accords, that there is a [Fayez] Sarraj government and this government should invite foreign assistants as military advisers, special forces soldiers and in general armed contingents in order to help the fight against terrorism," Lavrov said after talks with African Union Commission chairwoman Nkosazana Dlamini-Zuma.

Any foreign involvement in Libya's internal affairs can only be possible and legitimate in the event of consensus between all countries' political forces and with the approval of the UN Security Council, Lavrov added.

© AP Photo / Libyan Government of National Accord
UK Not Expecting Libya's Request to Send Troops to Fight Daesh - Hammond
After Libyan long-standing leader Muammar Gaddafi was overthrown in 2011 by Western-backed rebels, two rival governments were formed in Tobruk and Tripoli.

In December 2015, the sides struck a UN-brokered accord in the Moroccan city of Skhirat to form a national unity government. Fayez Sarraj currently heads Libya's Government of National Accord.

Earlier in April, the UK media reported that London was allegedly set to deploy up to 1,000 troops to help Libya fight the jihadist threat.

Hammond Visiting Libya to Discuss Support to Government of National Accord