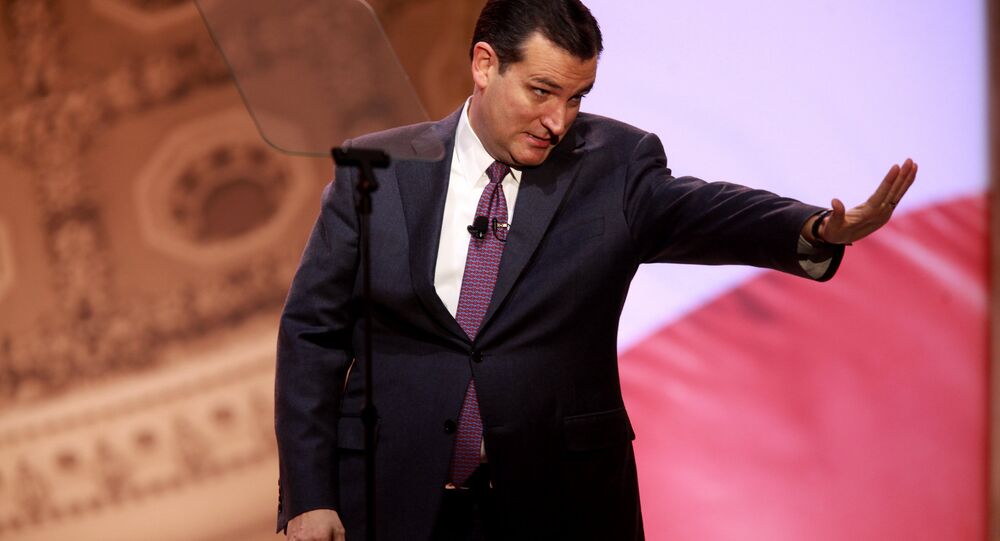 The Texas Senator and Republican presidential primary contender known for #TedCruzSexScandal releases a Yiddish ad claiming it is the Will of the Divine that he become President.

In the lead up to Tuesday’s New York presidential primary contest, US Senator Ted Cruz’s has revealed a new way to convince voters that they should choose him.

In a Yiddish advertisement targeting New York’s sizeable Orthodox Jewish population, the candidate’s campaign proclaims, “Presidential candidate Ted Cruz is the first and only since President Reagan who believes that God is the one who decides who will be elected president of the United States, which is why he is confident that he will be elected.”

New York’s orthodox Jewish population tends to be more conservative than the rest of the state, supporting Republicans almost 2-1 over Democrats. After receiving regular ire from mainstream outlets for criticizing “New York values” in a debate several months ago, Ted Cruz has gone to great lengths to acquire Jewish votes. The candidate went so far a to break bread recently the city’s matzah bakeries.

This is not the first time the presidential contender has made controversial advertisements in the lead up to a primary election. Prior to the Iowa primaries, Cruz’s campaign mailed ads to voters suggesting that they would suffer criminal penalty if they did not vote for him. Shortly after, Cruz’s campaign deceived voters into believing that an earlier candidate, Ben Carson, had dropped out of the race and that Carson’s voters should vote for him.

Despite losing the popular vote handily in the states of Colorado and Georgia, Cruz’s campaign managed to earn a majority of the delegates from each.

The candidate, who Republican frontrunner Donald Trump has nicknamed "Lyin'" Ted, will need nothing short of the vote from God, or interference from the Republican National Committee, to win his party’s nomination. Cruz would need to win over 90% of the remaining delegates to secure the nomination. He is likely to be trailing Trump heading into the national convention.