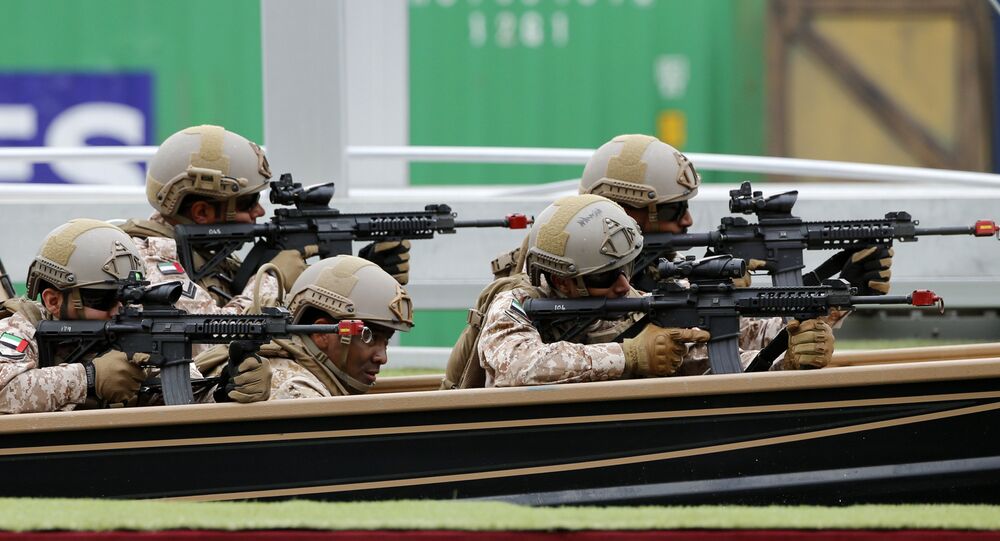 "The conversation focused on counterterrorism cooperation, instability in Iraq and Syria and countering Iran's destabilizing activities," Cook stated in a press release.

© AP Photo /
US Sending More Weapons, Advisers to Iraq Without Change in Strategy
The meeting took place in the UAE capital of Abu Dhabi, ahead of a US-Gulf Cooperation Council (GCC) Summit in Riyadh, Saudi Arabia.

"Secretary Carter and the Crown Prince agreed to continue to deepen defense ties at all levels of the UAE and US militaries," Cook added.

During his trip to the Middle East, Carter is expected to review counterterrorism agreements with GCC countries.