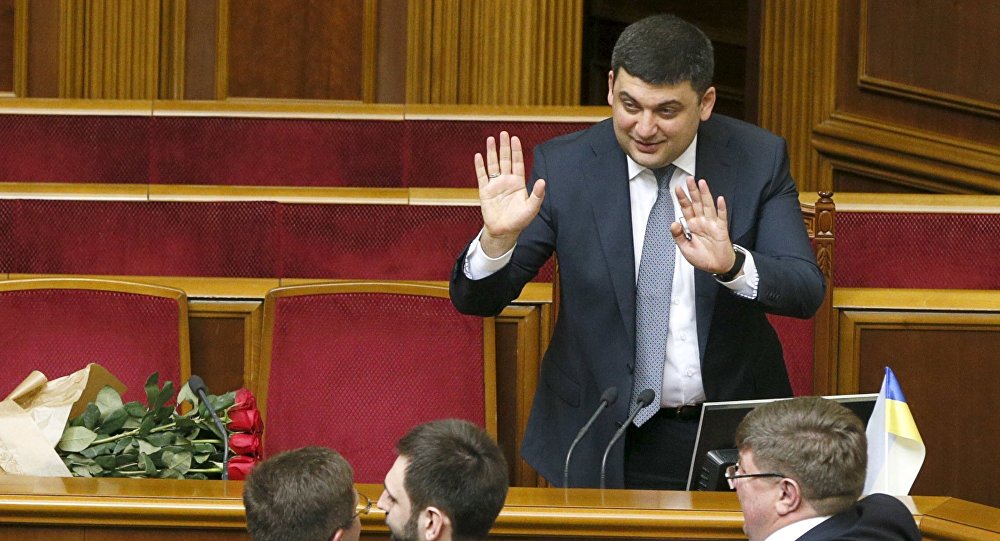 Former Prime Minister Yatsenyuk was accused by many of being hand-picked for his duties by the United States. In a phone conversation that leaked in 2014, during the Maidan Protests in Kiev, Assistant Secretary of State for European and Eurasian Affairs of the US Victoria Nuland discussed with US ambassador to Ukraine, Geoffrey Pyatt, who she thought should be the next Prime Minister of Ukraine, mentioning Yatsenyuk's name (shortened as "Yats") several times.

Asked about how Groysman's subsequent appointment is unique, Sleboda noted that his accession should be looked at in the context of who was not not selected. Following Yatsenyuk resignation, one of the more improbable candidates for the position was Mikhail Saakashvili, former President of Georgia and current Governor of Odessa.

Sleboda suggested that Saakashivili, despite being the governor of Odessa, is wanted by authorities for corruption, abuse of power and other crimes in his home country of Georgia. According to Sleboda, Saakashvili was appointed governor of Odessa "primarily for his anti-Russian stance."

Sleboda observed that Groysman "has no political record before [the current] regime overthrew the government and seized power in 2014. Before that he was a mayor of a small city in the West Ukraine, Vinnitsa, which happens to also be the hometown of the sitting president, Petro Poroshenko."

"Groysman is seen as a completely a creature, a crony, if you will, of Poroshenko… He owes everything, his political career, including all the funding, to oligarch Poroshenko," claimed Sleboda.

The analyst stated that, "this is a consolidation of power by Poroshenko. There was, at times, a contest of wills between Poroshenko and Yatsenyuk."

Sleboda observed that, while Yatsenyuk's support stood at 1% at the time of his resignation, Poroshenko's rate of approval hovers just below 17%. According to the analyst, with such "abysmal" ratings, the coalition represented by the two is in danger of losing control of the government.

"We should read [Groysman's appointment] as an arrangement between various powerful oligarchs who now run Ukraine more than they ever did before." The only change, asserted Sleboda, is the further consolidation of Poroshenko's power, "and the oligarchs he represents."

Sleboda does not believe, however, that Yatsenyuk will disappear from Ukraine politics. "[Poroshenko and Yatsenyuk] are clinging to each other to survive," he claimed

Asked about his interpretation of how the US observes the Groysman appointment, Sleboda suggested: "I think the US has fully agreed with the situation. Poroshenko was just in Washington a week before this and it was obvious that this received the US blessing. I think the US is a little frustrated with fractures in Ukrainian politics, the competing oligarchs. But they have ridden this horse this far and they are not about to separate their support from this government, no matter how corrupt or inept it is."