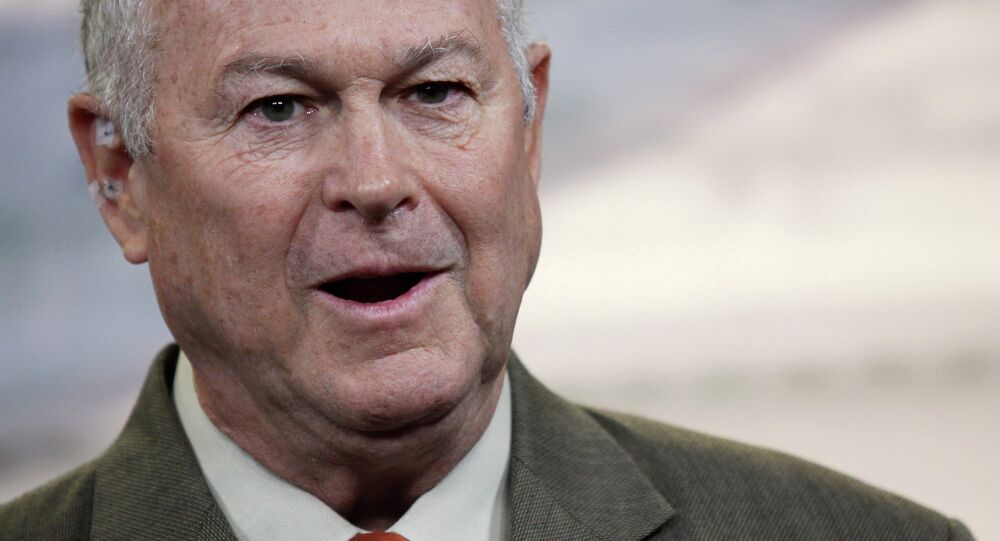 US Politicians Incompetence to Blame for US-Russia Tensions - Congressman

US Congressman Dana Rohrabacher has accused US politicians of incompetence that led to the deterioration of US-Russian ties, and thanked Russia for its operation in Syria.

© Sputnik / Grigoriy Sisoev
Lavrov: Reports on 'Understanding' Between Russia, US on Assad Spin Facts
MOSCOW (Sputnik) — Relations between Washington and Moscow have been strained since the start of the Ukrainian crisis and Crimea’s referendum to secede from Ukraine and reunite with Russia in 2014.

The US government took a hard line on Russia, accusing it of interfering with Ukrainian affairs, and imposed several rounds of economic sanctions on Moscow. The Russian authorities have repeatedly refuted all allegations and called the imposition of sanctions counterproductive.

"Literally a large percentage of decision makers" are incompetent about Russia today, Rohrabacher was quoted by RT as saying at an inter-parliamentary meeting in Moscow, adding "they do not give you credit for the good things you are doing. When there are disagreements, it’s been portrayed as: ‘Russia is evil because you disagree with us.’"

Rohrabacher also thanked Russia for its positive role in world affairs, particularly for the contribution to the settlement of the Syrian crisis.

"Thank you for what you are doing in Syria. From me! "I’ve been talking to ordinary Americans and I say: It’s great they have Russia down there killing the terrorists that want to kill us. And they thank you too," he said.

US Plutonium Disposition Abides by Agreement With Russia - Security Council

US Sanctions Against Khartoum Hamper Ties Between Russia, Sudan