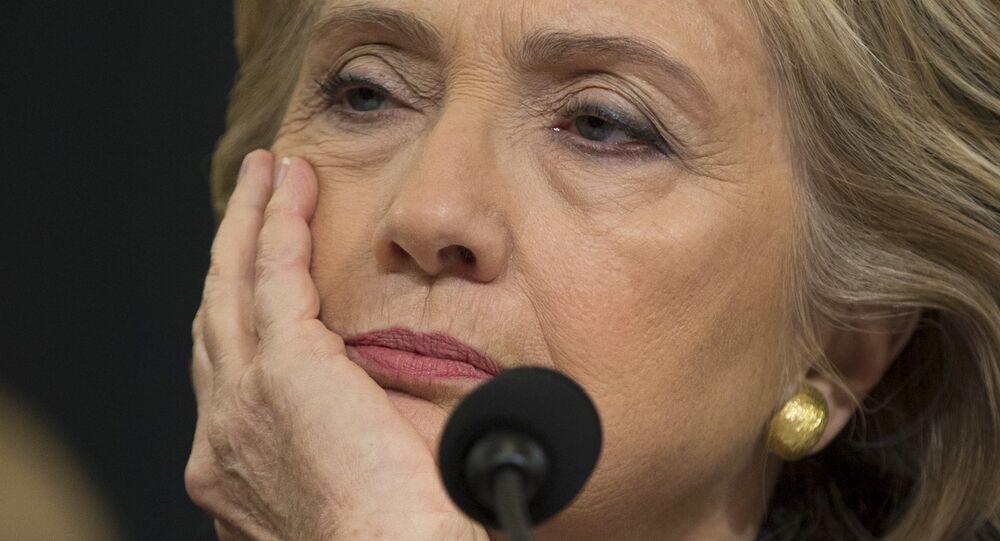 The intelligence service of Israel considers a potential Sunni-Shiite war in Syria a favorable development for the country and the West, according to an email archive of former US Secretary of State Hillary Clinton, released by WikiLeaks.

WASHINGTON (Sputnik) — The author of the email, forwarded by Clinton in July 2012, argued that Israel is convinced Iran would lose "its only ally" in the Middle East, if the regime of Syrian President Bashar Assad collapses.

"The fall of the House of Assad could well ignite a sectarian war between the Shiites and the majority Sunnis of the region drawing in Iran, which, in the view of Israeli commanders would not be a bad thing for Israel and its Western allies," an email stated.

"In the opinion of this [Israeli intelligence] individual, such a scenario would distract and might obstruct Iran from its nuclear activities for a good deal of time," the email said.

The Israeli intelligence also considered the possible Sunni-Shiite war as a factor that could contribute to the collapse of the government in Iran.

"In addition, certain senior Israeli intelligence analysts believe that this turn of events may even prove to be a factor in the eventual fall of the current government of Iran," the email said.

In March, WikiLeaks created a searchable archive for emails sent to and from Clinton’s private email server, while she served as the secretary of state from 2009 to 2013.

Clinton and Trump's 'Super-Duper Tuesday' (Voters Not Quite As Lucky)