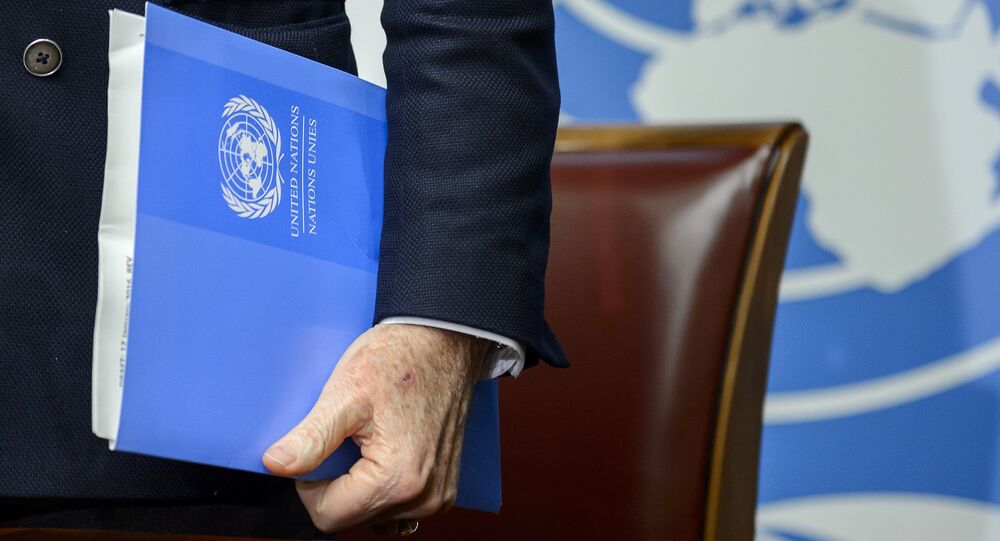 The Syrian ceasefire agreement is likely to push back the next round of the peace talks in Geneva until early March, Tarek Ahmad, a member of the Syrian Social Nationalist Party, told Sputnik on Wednesday.

© REUTERS / Kayhan Ozer/Pool
Why US-Russian Deal on Syria Ceasefire is a 'Victory for Both Sides'
MOSCOW (Sputnik), Svetlana Alexandrova — On Monday, Russia and the United States announced an agreement on the cessation of hostilities between the Syrian government and armed opposition factions in the country. The agreement will come into force on February 27.

"I believe that new developments, concerning a ceasefire agreement which implementation may take some time, may delay the next round of talks in Geneva. I think it will be held soon, in the beginning of the next month," Ahmad said.

He added that an important condition for the ceasefire agreement to succeed is "to convince all members of the US alliance to respect it and start a dialogue with the Syrian government, which is an essential party to this agreement."

On January 29, talks between the Syrian government and the representatives of the opposition began in Geneva. UN Special Envoy for Syria Staffan de Mistura said on February 3 that the talks had come to a temporary pause. The intra-Syria negotiations had been scheduled to resume on February 25.