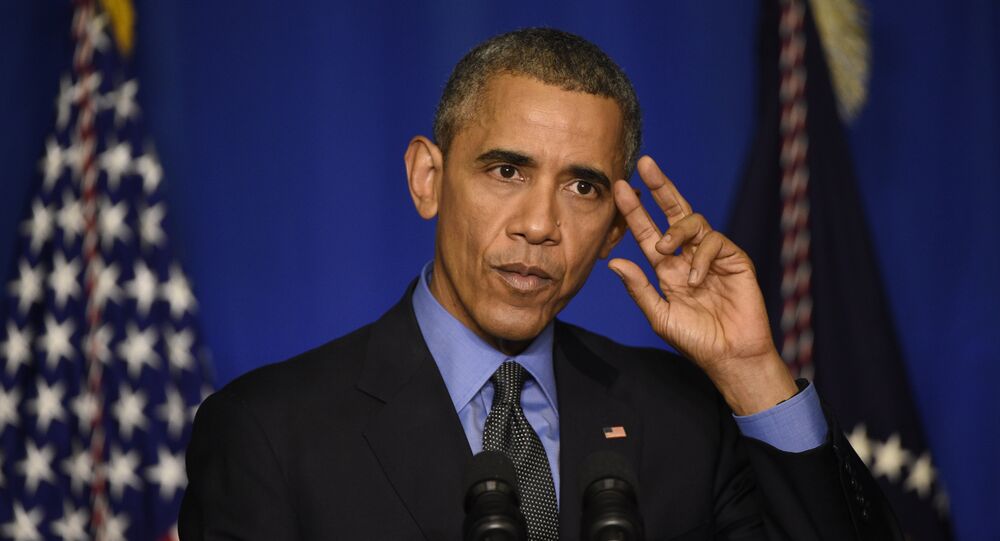 “And finally, the United States and ASEAN are doing more to deal with transnational challenges together. I offered our assistance to help ASEAN countries better leverage Interpol data to prevent the flow of foreign terrorist fighters,” Obama said on Tuesday.

Russia Should Work With US on Brokering Political Transition in Syria

The Russian government should cooperate with members of the international community, including the United States, to work out a political transition in Syria, US President Barack Obama also said.

“If we can get a political transition in Syria that allows us to coordinate more effectively with not just Russia, but other countries in the region, to focus on the folks who pose the greatest direct threat to the United States,” Obama said in Rancho Mirage, California on Tuesday.

A successful political settlement in Syria will allow the United States and Russia to work together against terrorists in the region who pose the greatest threat, such as the Daesh, US President Barack Obama said in a press conference.

"What would be smarter would be for Russia to work with the United States and other parties in the international community to try to broker some sort of political transition," Obama stated on Tuesday.

Since the beginning of the Syrian civil war in 2011, the United States and its allies have supported opposition factions they consider to be "moderate," and have called on Syrian President Bashar Assad to resign.

Russia recognizes President Assad as the legitimate authority in the country, stressing that the Syrian people should be free to choose their leadership without outside intervention.

In late 2015, the International Syria Support Group (ISSG), which includes both Russia and the United States, agreed to a timetable for a political transition in Syria.

On Thursday, the ISSG reached an agreement to pause hostilities within a week and ensure delivery of humanitarian aid is a step toward a more stable Syria.

The United States and countries-members of the Association of Southeast Asian Nations (ASEAN) have agreed on the need for concrete steps to stabilize situation in the South China Sea, Obama added.

"We discussed the need for tangible steps in the South China Sea to lower tensions, including a halt to further reclamation, new construction and militarization of disputed areas."

The Philippines, China, Vietnam, Malaysia, Brunei and Taiwan have overlapping claims in the South China Sea over a group of some 750 islands and reefs that are believed to hold significant oil and gas reserves. Countries laying claim to the islands also say they serve as an important commercial shipping route.

China has claimed sovereignty over all of the Spratly Islands and a 12-nautical-mile zone surrounding them. The United States has recently challenged China’s claims by conducting patrols near the islands, citing freedom of navigation.

US to ‘Adjust Accordingly’ After Assessing Results of Ceasefire in Syria