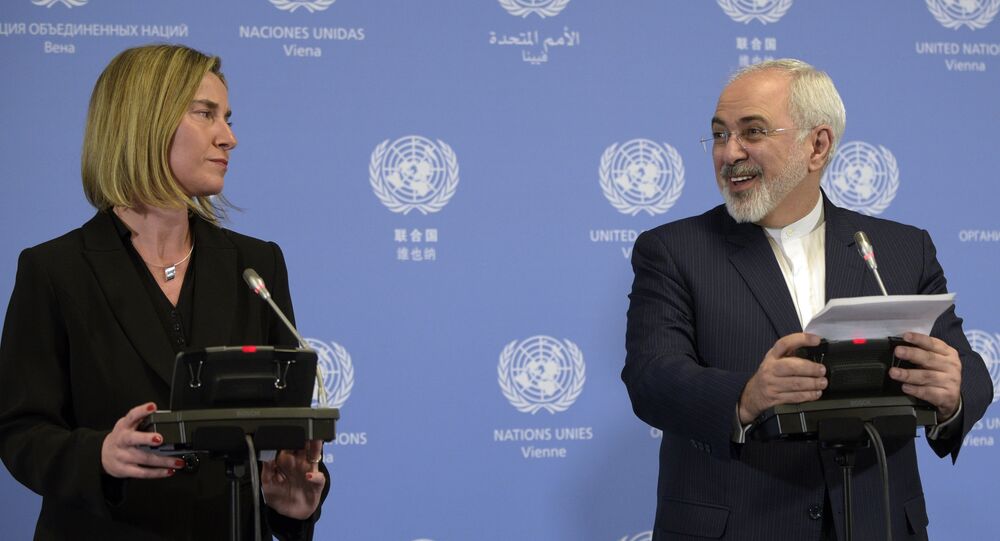 The European Union and the United States are lifting Iran nuclear programme-related sanctions.

The United States and the European Union are lifting sanctions imposed on Iran due to its nuclear programme.

US Secretary of State John Kerry said that the United States lifted sanctions against Iran.

"I hereby confirm that the International Atomic Energy Agency has verified that Iran has fully implemented its required commitments… The U.S. sanctions-related commitments described in Sections 17.1-17.5 of Annex V of the JCPOA are now in effect," the statement said.

Kerry also said that if Iran decides to violate its obligations under JCPOA, the United States will have time to react.

"I, BARACK OBAMA, President of the United States of America, have determined that Iran's implementation of the nuclear related measures specified in… the Joint Comprehensive Plan of Action of July 14, 2015 (JCPOA)…  marks a fundamental shift in circumstances with respect to Iran's nuclear program,"

The statement comes after the International Atomic Energy Agency (IAEA) confirmed the Islamic republic fully complied with its obligations under the landmark nuclear deal.

US Department of Treasury announced that it lifts sanctions imposed on Iranian Central Bank and Iranian international oil company, as well as ban imposed on Iranian oil trade with third countries. Washington also lifts ban on export of civilian airliners to Iran

High Representative of the European Union for Foreign Affairs and Security Policy Federica Mogherini said that EU and US had issued relevant guidelines on lifting the sanctions against Iran. She also noted that the European Union hails beginning of JCPOA implementation.

​Russian Foreign Ministry said on Sunday that Russia considers that all sides of agreement on Iranian nuclear program will continue to meet obligations under JCPOA.

"We hope that all the sides of the agreement [on Tehran's nuclear program] will continue to approach the issues related to the further implementation of obligations under JCPOA honestly and responsibly," the statement said.