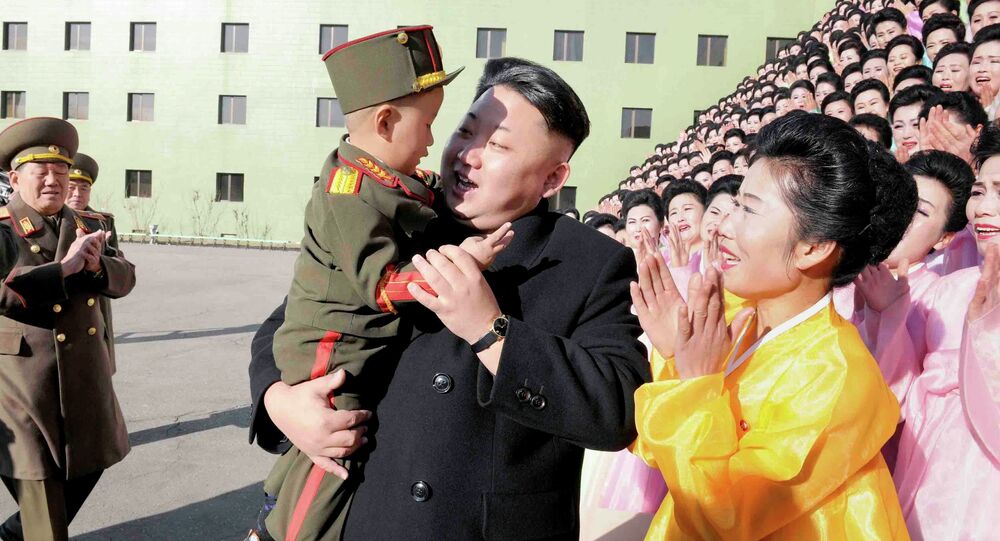 After North Korea’s alleged nuclear weapons tests with its first hydrogen bomb, the world became concerned and has been urging Kim Jong-un to shut down the nuclear program. However, the North Korean leader has at least one American admirer who could start running the presidential office in November 2016. You are familiar with his name.

"Even though it is a culture, and it's a cultural thing, he goes in, he takes over, he's the boss. It's incredible."

Trump stressed Kim's strength to take tough decisions at young age like executing top generals including his own uncle.

"You've got to give him credit," Mr Trump said. "How many young guys — he was like 26 or 25 when his father died — take over these tough generals, and all of a sudden — you know, it's pretty amazing when you think of it. How does he do that?

The billionaire seems to be impressed by the North Korean leader's ways demonstrating possession of a nuclear bomb meaning he takes him very seriously.

© REUTERS / Mark Kauzlarich
Trump's Masterplan: Let's Punish China if It Fails to Sort Out N Korea's Nuke Issue
Mr. Trump called Mr. Kim a "genius" in August while urging South Korea to pay the US in exchange for the ongoing protection of its military base.

In December, Kim Jong-un said the country possessed a hydrogen bomb and was ready to use it to "protect its sovereignty and national dignity."

North Korea declared itself a nuclear power in 2005, and has conducted at least three underground nuclear weapon tests since then, raising concerns both in the neighboring states and worldwide.

Breaking; Trump and Kim Jong-un to headline a pro celebrity fourball to mark the reopening of Turnberry. Lovely. pic.twitter.com/QqWfObtKGS