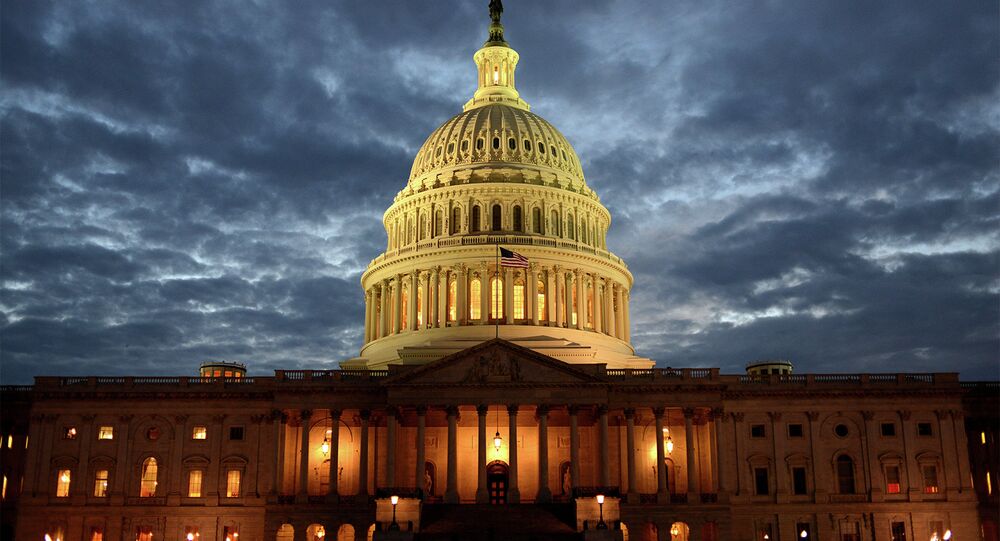 The US House Foreign Affairs Committee decided to send a bill to Congress to block sanctions relief on persons or entities accused of aiding Iran's ballistic missile program. The move could derail sanctions relief stipulated by the nuclear deal.

WASHINGTON (Sputnik) — The US House Foreign Affairs Committee voted on Thursday to send a bill to the full Congress to block sanctions relief on any individual or entity that has contributed to the development of Iran's ballistic missile program or terrorism.

© AP Photo / Richard Drew
US 'Gets Nothing' From Iran Nuclear Deal - Trump
The sanctions bill passed on partisan lines, with Democratic opponents arguing the law would delay the implementation of Iranian sanctions relief required under the Iran nuclear deal, the Joint Comprehensive Plan of Action.

The Iran Terror Finance Transparency Act would require President Barack Obama to "certify" that an individual or entity has not engaged in supporting the ballistic missile program, which is subjected to UN sanctions, or conducted business with the Iranian Revolutionary Guard or QUDS forces, Foreign Affairs chairman Ed Royce said.

Democratic congressman Ted Deutch opposed the bill arguing it would require the Obama administration to devote "significant" resources to researching potentially sanctionable connections while "preventing the implementation of the JCPOA."

In the past week, the Obama administration planned to introduce new sanctions on Iran related to their ballistic missile program, but backed away from the planned action.

While Iran is Ripe for Business, US Firms Look Shut Out of the Profits

Stab in the Back? Tehran Slams US Plans to Impose New Anti-Iran Sanctions

US Said to Be Preparing New Sanctions Against Iran