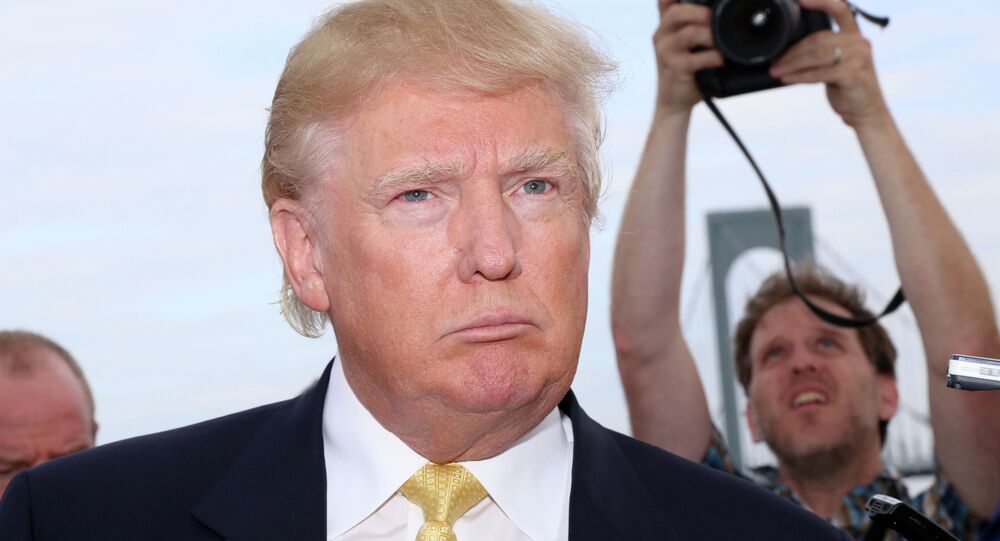 A new television ad released by the Trump campaign purports to show a stream of illegal immigrants crossing the US-Mexico border. But upon closer look, the footage actually depicts events an ocean away.

On Monday, the campaign of Republican presidential frontrunner Donald Trump released its first television ad. It contains everything one would expect, serving as a kind of Greatest Hits album of the real estate mogul’s most offensive statements. Capitalizing on the fear that has driven Trump the top of the polls, the ad reiterates the candidate’s promises of barring Muslims from entering the US and unilaterally defeating Daesh, also known as IS/the Islamic State, taking their oil in the process.

It is, essentially, the condensed, 30-second CliffsNotes version of the candidate, what Slate journalist John Dickerson describes as "a bouillon cube of Trump."

But one particular segment of the ad has gained more attention than others. As the ad’s narrator repeats Trump’s oft-stated pledge to build a wall along the US-Mexico border on the Mexican government’s dime, a video clip shows dozens of people storming across an unprotected frontier.

Presumably, this is America’s southern border being described by the narrator. It is not.

As PolitiFact discovered, the footage actually comes from a report done by Italian television network RepubblicaTV in 2014. Released by the Spanish Interior Minister, the video shows an "onslaught of hundreds of migrants to the wall that separates the Spanish enclave of Melilla from Morocco. About 800 tried to cross the border on May 1."

For the geographically impaired – like Trump, evidently – Morocco is 5,000 miles away, far beyond the jurisdiction of either the US or Mexican government.

According to PolitiFact, the video later made its way to YouTube, where it was posted with a different caption. "1,000s of immigrants try to cross the border at once," it reads.

But miraculously, Trump’s spokeswoman Hope Hicks has eliminated any pretense that the footage was chosen accidentally, telling PolitiFact that the clip was chosen "intentionally."

"The use of this footage was intentional and selected to demonstrate the severe impact of an open border and the very real threat Americans face if we do not immediately build a wall and stop illegal immigration," Hicks said.

"No sh-- it’s not the Mexican border, but that’s what our country is going to look like," he told NBC News. "This was 1,000 percent on purpose."