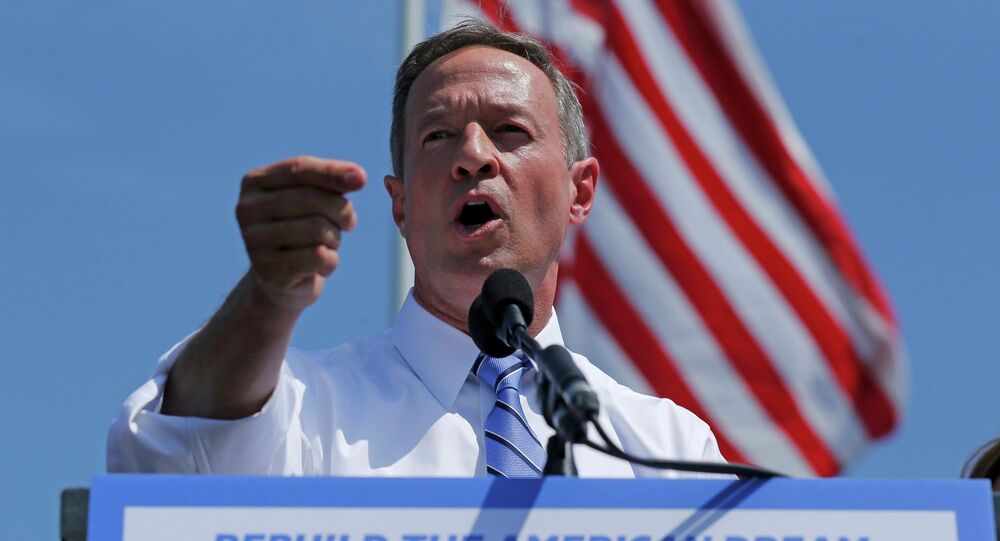 Not US Job to Call For Assad's Resignation - Presidential Candidate

According to US presidential candidate Martin O'Malley, the United States have no right to declare the resignation of any country's leaders.

MOSCOW (Sputnik) — The United States should stop calling for resignation of Syrian President Bashar Assad, as it is not its job to do so, US presidential candidate Martin O'Malley said.

"But we shouldn't be the ones declaring that Assad must go. Where did it ever say in the Constitution, where is it written that it's the job of the United States of America or its secretary of State to determine when dictators have to go?," O'Malley said during the Democrat debate on Saturday, as quoted by The Washington Post newspaper.

© Photo : Youtube/تنسيقية اللاذقية
Assad: Daesh Can Be Defeated in a Year if US Drops 'Regime Change'
O'Malley emphasized the importance of a political process in Syria, expressing hope that it would be possible to "springboard off of this new UN resolution."