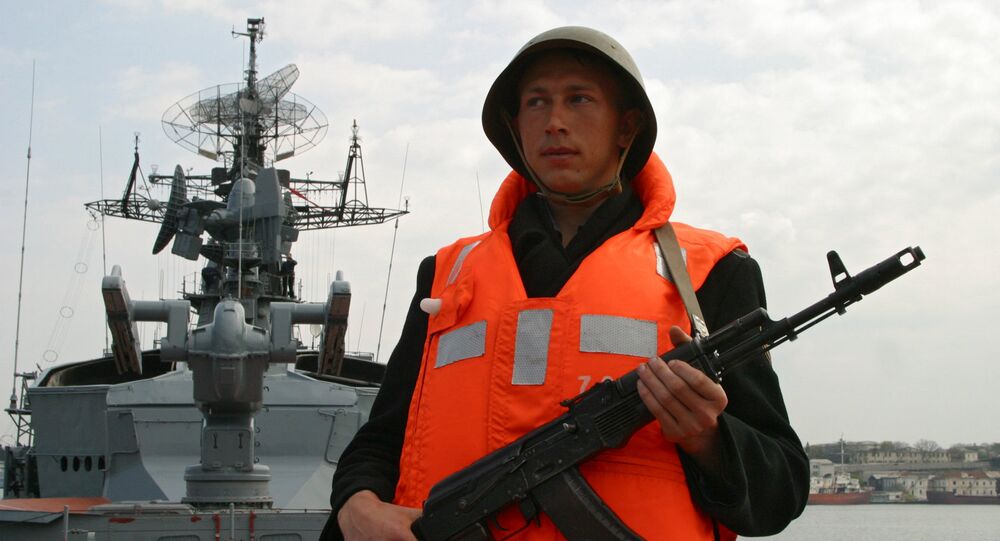 Why is Turkish President Trying to 'Escalate Tensions' With Russia?

The incident in the Aegean Sea, involving a Turkish fishing boat provoking a Russian warship, could have been viewed as an accident but in the wake of the Su-24 downing it should be considered a provocation, Col. Gen (Ret) Leonid Ivashov asserted.

© Wikipedia
Is Aegean Sea Incident With Russian Destroyer a 'Turkish Provocation'?
Why would Turkey need to escalate tensions with one of its major partners? In the expert's opinion, it all comes down to political benefits.

Ankara, according to the expert, is trying to escalate tensions with Moscow to mobilize popular support at home and reinforce Turkey's ties with its allies in NATO. The latest incident was meant to help Ankara achieve this goal.

"I suppose the plan could have been designed by the Erdogan team to present Russia as an aggressor if the incident ended in a tragedy," Ivashov told REN TV, adding that Turkish authorities would have benefited from a deadly outcome.

© Wikipedia
Aegean Sea Incident With Turkey: Next Time 'Russia Should Act Tougher'
On Sunday, the Smetlivy guided missile destroyer, anchored not far from the Greek island of Lemnos, was forced to fire warning shots to avoid collision with the approaching seiner. The warning shots were fired as a measure of last resort since the Turkish fishing boat did not respond to attempts to make radio contact and ignored signal flares.

The implications of the Aegean Sea incident could have been grave. If something happened to the Turkish seiner, President Recep Tayyip Erdogan could have felt empowered to make any decision he deemed necessary.

Some of these measures could have been extreme. For instance, Erdogan could have opted for "closing the Bosporus and Dardanelles straits for the Russian ships," Ivashov noted.

The Sunday incident is the latest in a string of international scandals Turkey has been embroiled in lately. These also include the downing of a Russian bomber in Syrian airspace and the so-called "invasion" of Iraq.

On November 24, a Turkish F-16 fighter jet shot down a Russian Su-24 bomber, citing airspace violation as the reason for the downing. Russian military officials offered evidence that the bomber had not crossed into Turkey, while the pilot confirmed that the crew did not receive any warnings from the Turkish Air Force.