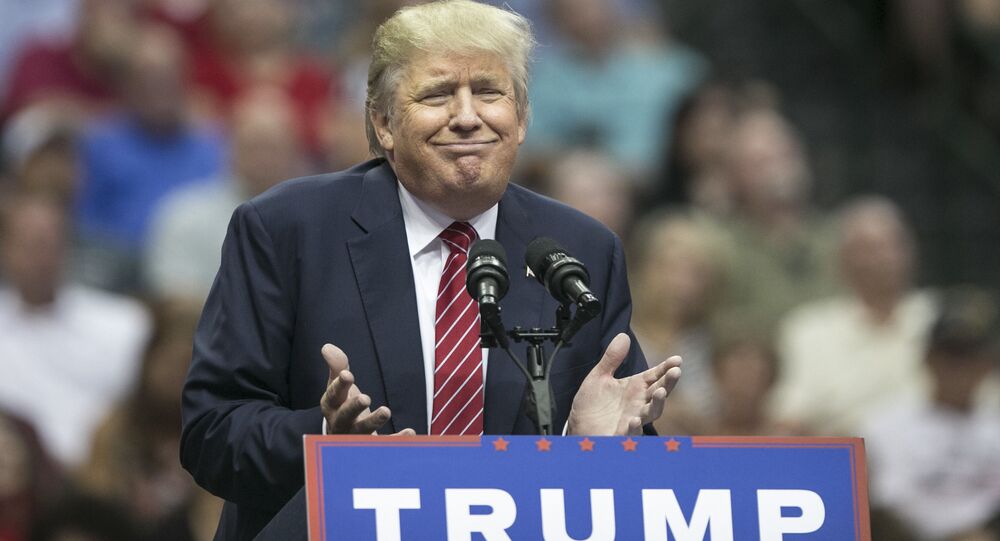 The US Republican presidential frontrunner has announced his intentions to travel to Israel and meet with Prime Minister Benjamin Netanyahu.

Trump made the statement on the eve of his meeting with the Republican Jewish Coalition, along with 13 other American presidential hopefuls, on Thursday.

Trump unveiled his Israel travel plans at a presidential campaign rally in Manassas, Virginia, Newsweek reported, after being asked his opinion on the Jewish State. Trump called himself “very, very pro-Israel.”

Trump says he's going to Israel. I hope he stays there

“I love Israel, and Israel is our real strong supporter. I’m going to Israel, and I’ll be meeting with Bibi Netanyahu, who’s a great guy,” the presidential hopeful said, adding his dismay that the White House has been giving Bibi the cold shoulder of late.

“He’s a good man, he’s worked very hard. He has absolutely no support from President Obama—absolutely none,” Trump said.

Trump’s plans to meet with the Israeli Prime Minister were confirmed by an adviser to Netanyahu, according to the New York Times. Trump’s staff is yet to provide more details on the visit.

Trump won’t commit to making Jerusalem the capital of Israel, triggering boos from crowd at RJC.

“You truly have a great Prime Minister in Benjamin Netanyahu. There is nobody like him. He is a winner, he is highly respected. He is highly thought of by all. Vote for Benjamin, terrific guy, terrific leader,” Trump said in the ad.

The Donald Trump ad for Bibi Netanyahu from 2013, with Hebrew subtitles https://t.co/Q7N88KrRBM

Trump’s visit will follow several other Republican candidates, who have already travelled to Israel and met its prime minister, including Marco Rubio, Ted Cruz and Mike Huckabee.

Trump has accused President Barack Obama of hating Israel, saying that the Iran nuclear deal renders Tel Aviv vulnerable, and that Tehran poses an “existential threat” to Israel, the United States and its Middle Eastern allies.