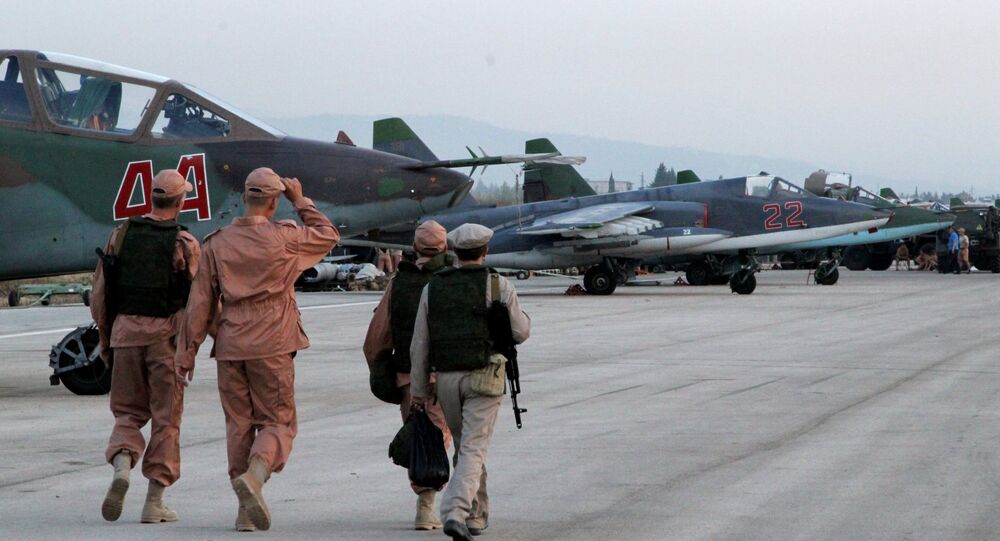 The formation of a full-fledged Russian military base in the Syrian province of Latakia would allow its residents to feel more secure, Governor Ibrahim Salim told Russian journalists during an interview.

© Sputnik / Dmitriy Vinogradov
Russian Plane Brings 56 Evacuees From Conflict-Torn Syria to Moscow
Earlier the head of the Main Operations Directorate of the General Staff of the Russian Federation, Andrey Kartapolov, in an interview with ‘Komsomolskaya Pravda’ said that the Russian General Staff does not exclude the possibility of the establishment of a military base in Syria with sea, air and land constituents.

“With the advent of the Russian air force the people feel more secure; they have hope of victory over the terrorists. Therefore, we welcome the establishment of a Russian military base,” Ibrahim Salim said.

He further said, “I am confident that with the Russian air force support and with the actions of the Syrian troops on land and water a complete victory over this evil and liberation of the motherland will be achieved. This will open a new path for the development of the whole world,” the governor said.

According to him, currently Latakia is home to around half a million people displaced from other parts of Syria, especially from the provinces of Raqqa, Idlib, Aleppo and Deypr ez-Zor.

He also mentioned that over the past five years, Syria has been fighting against the greatest terrorist in the world.