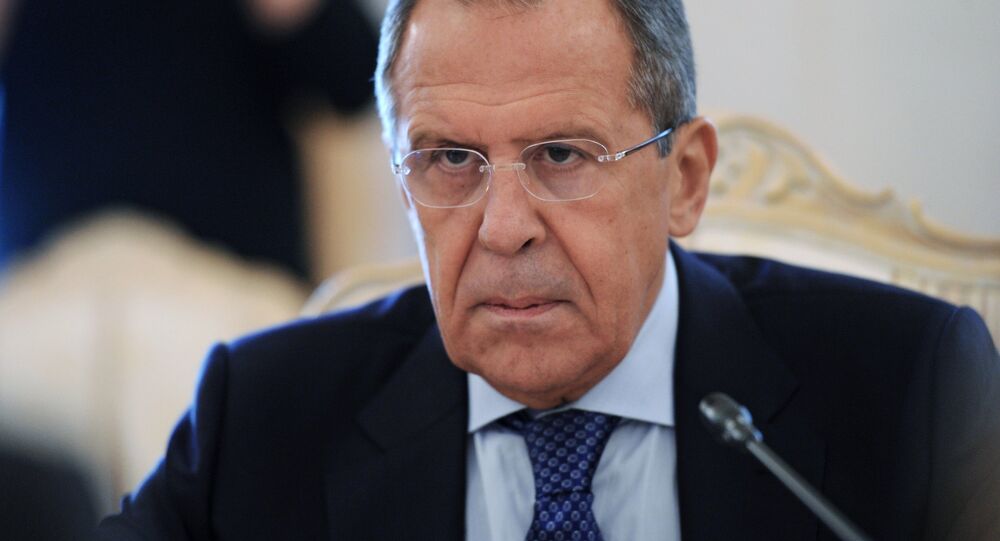 Russia's Foreign Minister said Russia was willing to work with the Syrian opposition army to settle the crisis in Syria.

© Sputnik / Vladimir Pesnya
Lavrov on Syria, Iraq, Cooperation With US, Palestine-Israel Conflict
Moscow is prepared to set up contacts with the opposition's Free Syrian Army and have asked the United States for information on them, but so far Moscow has not received a response, Russian Foreign Minister Sergei Lavrov said Monday.

"In any case, I asked [US Secretary of State] John Kerry to have [the United States] give us some sort of information of where the Free Syrian Army is and who's running it," Lavrov said.

He said that Russia was willing to work with the opposition's army to settle the crisis in Syria.

We are even ready…to make contact with them, we're not hiding that, but so far no one has told us anything," Lavrov added.