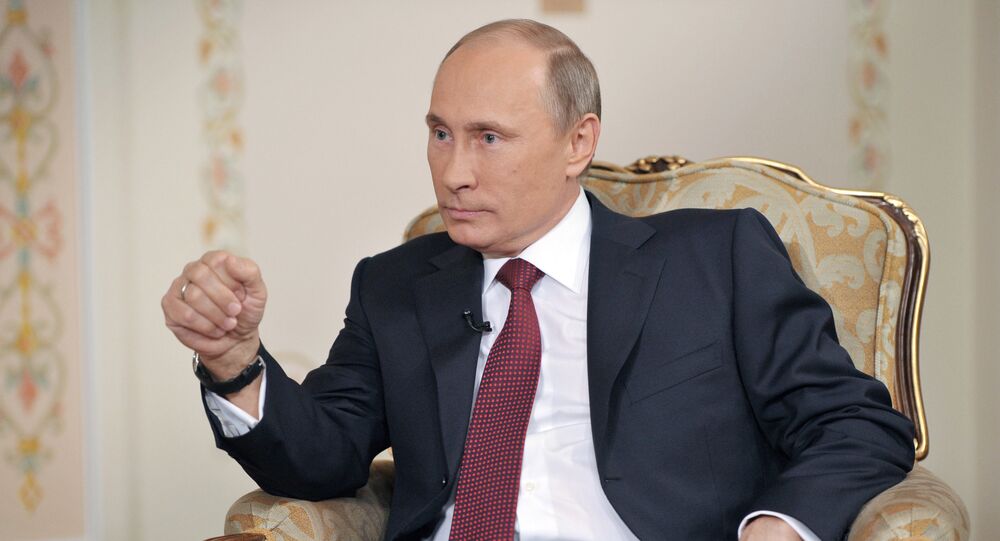 The "Normandy four" summit in Paris has proved the simple truth – everything is connected in international politics, which is similar to poker. And now in this game neither German Chancellor Angela Merkel, nor French President Francois Hollande has any aces, Deutsche Welle wrote.

“While in public Merkel and Hollande deny any link between the Syrian problem and the Ukrainian crisis, behind closed doors diplomats have long been seeking a kind of a compromise with Russia,” DW political observer Bernd Riegert wrote. “Russia’s role and prestige will increase and in exchange the Kremlin will make certain concessions on the crisis issues.”

By setting up military operation in Syria, Russia put the screws on the Western countries, which don’t have any bargaining chips to force Kremlin to change its policy.

© Sputnik / Sergey Guneev
Putin Looks Smart, Western Policy Incoherent in Syrian Conflict - US Media
For instance, sanctions imposed on Russia by the West have appeared to be ineffective. This means Putin, who appeared to be a skillful tactician, has great sway in the global political arena at the moment, according to Rigert.

The author continued by stating that the compromise agreement between the West and Russia would be mutually beneficial: the role of Moscow and its political authority would increase, and Kremlin in its turn could at some extent depart from its stance.

The Syrian crisis could eventually lead to the collapse of a united Europe, which has plunged into political crisis after thousands of migrants from Middle East countries had fled to the EU. And the pressure born upon the West by Russia with its operation in Syria gives some extra points to Kremlin, Rigert concluded.