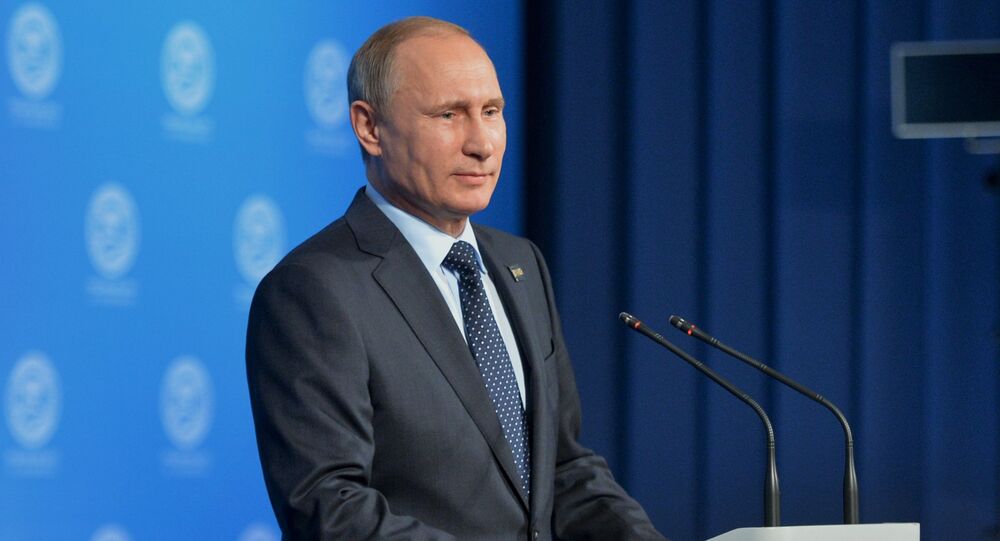 Putin Calls on Germany to Focus on Cooperation With Russia

Sending his greeting to Berlin on the Day of German Unity, the Russian president underscored the importance of focusing on cooperation between the states.

© Flickr / Hernán Piñera
Berlin Mulls Lifting Sanctions From Russia – German Analyst
MOSCOW (Sputnik) — Russian President Vladimir Putin on Saturday stressed the importance of preventing mutual alienation and to save the potential for bilateral cooperation in his greetings to the German authorities on a national holiday, the Day of German Unity.

On Friday, Germany expressed its concern about the Russian campaign in Syria aimed against Islamic State terrorists.

"In the current complicated international situation, it is important to avoid mutual exclusion and to preserve the positive potential accumulated over the years of cooperation," Putin said, as cited by a statement issued by the Kremlin’s press service.

Moscow and Berlin have seen a deterioration of relations over Ukraine’s internal conflict which escalated in 2014.

Since 2014, the European Union has introduced several rounds of anti-Russia sanctions, accusing Moscow of interfering in the Ukrainian crisis — a claim repeatedly denied by Moscow.

US Nukes in Germany, or How Russia Should Stop Worrying and Love the Bomb