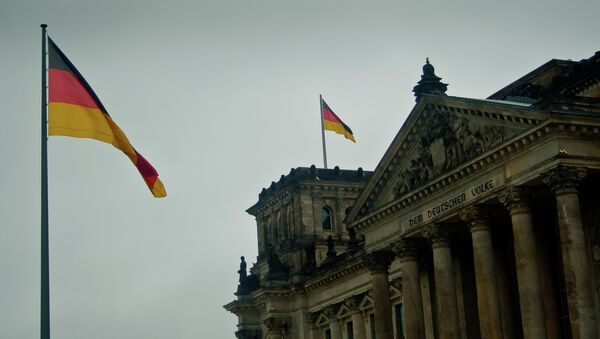 Maintaining the anti-Russian sanctions is not in Germany’s best interest and Berlin now considers lifting some of them, a German political analyst said on Friday.

Germany Welcomes Possible Russia-US Coordination on Syria
“The sanctions [on Russia] have gone a bit too far and are not in the best interest of our economy. Still, the government has taken certain steps to minimize their impact, above all Foreign Minister Frank-Walter Steinmeier, who has been working hard to mend fences with Moscow,” Hubert Tilicke said during a Moscow-Berlin video linkup organized by Russia Today.

“I want to remind you of the recent statement by our Economic and Energy Minister Sigmar Gabriel, who spoke in favor of easing these sanctions. Just two days ago I heard a member of the Bundestag voicing the very same opinion… He then made a bold suggestion that we lift sanctions from members of the Russian parliament so that we can start talking to each other and let everyone see that Germany is ready to play a certain role in this game,” Tilicke noted.

German Vice-Chancellor and Economic and Energy Minister Sigmar Gabriel earlier spoke in favor of lifting the sanctions from Russia, which he said was playing an important role in ending the civil war in Syria.