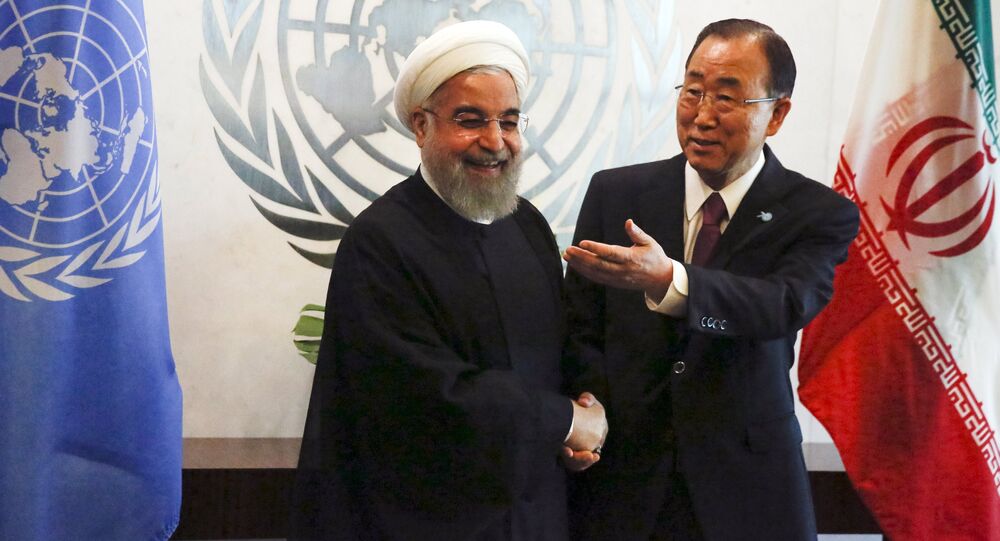 UN Secretary-General Ban Ki-moon has called on Iran to contribute to the Syrian and Yemeni crises.

Earlier in the day, Ban Ki-moon met with the Iranian president at the UN headquarters in New York City. The two discussed international efforts to counter terrorism and violent extremism.

The UN chief also congratulated Rouhani on the signing of the Joint Comprehensive Plan of Action (JCPOA) on the country’s nuclear program in July, expressing hope that it would be implemented "fully and in a timely manner."

UN General Assembly Likely to Be Under Close Surveillance - NGO

The President's Speech: Best Quotes of Vladimir Putin Ahead of UNGA Address